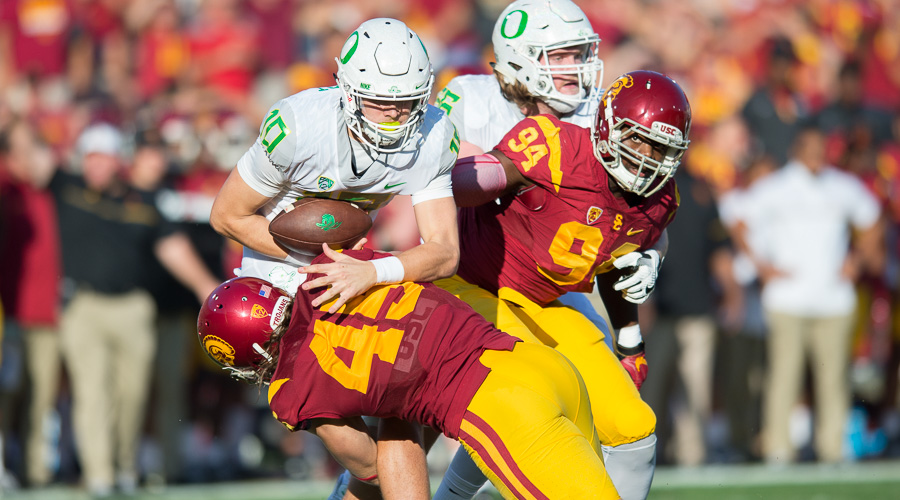 It wasn’t pretty last year, but the USC – Oregon game on this date back in 1976 was a thing of beauty for Trojan fans.

USC was coming off a surprise season-opening loss to Missouri as the Trojans traveled to Eugene, Oregon to take on the Ducks.

Oregon was not a good team that year and they were even worse that day, as USC rolled to a 53-0 win.

USC running back Ricky Bell ran for 1,433 yards in 1976 and he got a chunk of them against Oregon that day. He finished with 193 rushing yards on 32 carries.

But it was the USC defense that stole the show, as Oregon committed 10 turnovers in that game and the Ducks rushed for just 49 yards.

This marked the first of 15-straight wins for the Trojans, as USC went on to win the Rose Bowl against Michigan that year, and then the first four games of the 1977 season.

The 53-0 score against Oregon remains the largest margin of victory for USC in the series.

USC’s national championship team of 2004 took a little bit to get going against BYU, but eventually pulled away for a 42-10 win.

USC finished with a total yards advantage against BYU of 514 – 221.