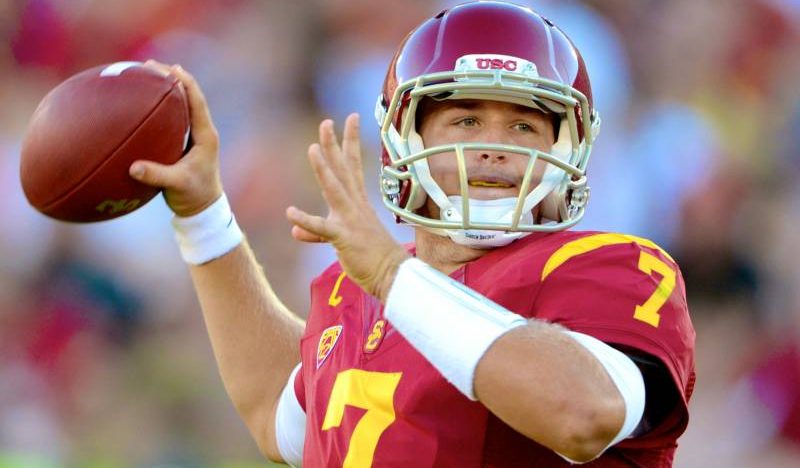 Before Matt Barkley could become USC’s all-time leader in passing yards and touchdowns, he needed to throw his first one. That’s what happened Sept. 5, 2009, as USC battered San Jose State behind a true freshman quarterback and a stable of talented running backs.

This was not the start to his USC career that Barkley dreamed of. His first pass went for -2 yards and the Trojans fumbled twice in their first four drives of the game.

But a USC running game that featured Joe McKnight, Stafon Johnson, Allen Bradford, C.J. Gable and Marc Tyler carried the load, as the Trojans ran out to a 35-3 lead as five-consecutive drives ended in rushing touchdowns.

Eventually, Barkley got on the board, finding tight end Rhett Ellison with a 4-yard touchdown pass midway through the third quarter.

The USC defense recorded 16 tackles for loss and recovered two fumbles in limiting the Spartans to just 121 offensive yards and eight first downs. San Jose State’s field goal came on a drive it started at the USC 34-yard line. The Spartans did not have a drive of more than 10 yards in the second half.

Over his four-year career as the starting quarterback, Barkley would go on to set USC records with 12,327 passing yards and 116 touchdowns, breaking Carson Palmer’s yardage mark and Matt Leinart’s touchdown record.

Previous “On This Date” entries: