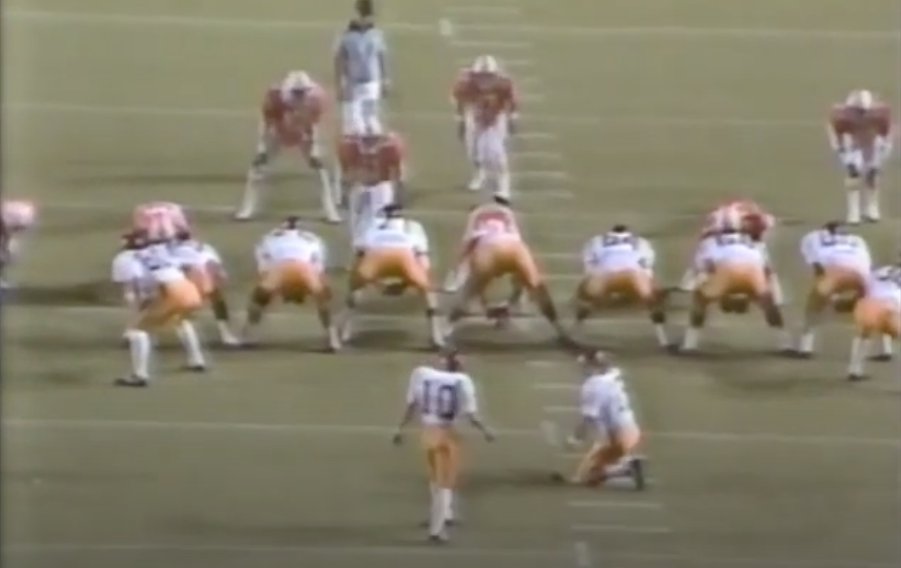 On Sept. 13, 1980, USC took its 20-game winning streak into Neyland Stadium to take on the Tennessee Volunteers. It took all 60 minutes for USC to make sure that streak stretched to 21 games.

USC opened the 1980 season with a road trip to Tennessee, and the Trojans not having suffered a defeat since mid-way through the 1978 season.

The two teams fumbled the ball back and forth in the early going, before a Dennis Smith interception led to a short touchdown run from Marcus Allen.

After Tennessee eventually tied the score at 10, USC went ahead on a short touchdown run from Michael Harper.

But the Vols came back again, striking on a 56-yard touchdown late in the game to tie things up at 17. Tennessee got one final chance to win in regulation, moving the ball to the USC 45 with about a minute to play. But USC cornerback Jeff Fisher stepped in front of a pass for an interception, setting the Trojans up for a potential game-winning drive.

It looked like the two teams might have to settle for a tie as USC snapped the ball from the 46-yard line with just 10 seconds remaining, but receiver Vic Rakhshani came down with a tremendous catch on a pass from quarterback Gordon Adams, where Rakhshani went up along the sideline to make a 16-yard catch while getting hit by a defender.

That catch allowed kicker Eric Hipp to come on and drill a 47-yard field goal as time expired to give the Trojans a 20-17 win. It was just the second time in USC history that the Trojans won a game with a field goal on the final snap.

The No. 1 USC Trojans hosted the No. 5 Ohio State Buckeyes at the Coliseum, and as so often happened during USC’s run at that time, the Trojans left no doubt. Ohio State took a 3-0 lead with 3:06 left in the first quarter and that was it for the Buckeyes. USC scored the next 35 points, as quarterback Mark Sanchez threw for four touchdowns and the Trojan defense forced four turnovers.

Linebacker Rey Maualuga authored the game’s most memorable play, grabbing an interception and returning it down the sideline 48 yards for a touchdown, giving USC a 21-3 lead late in the first half.