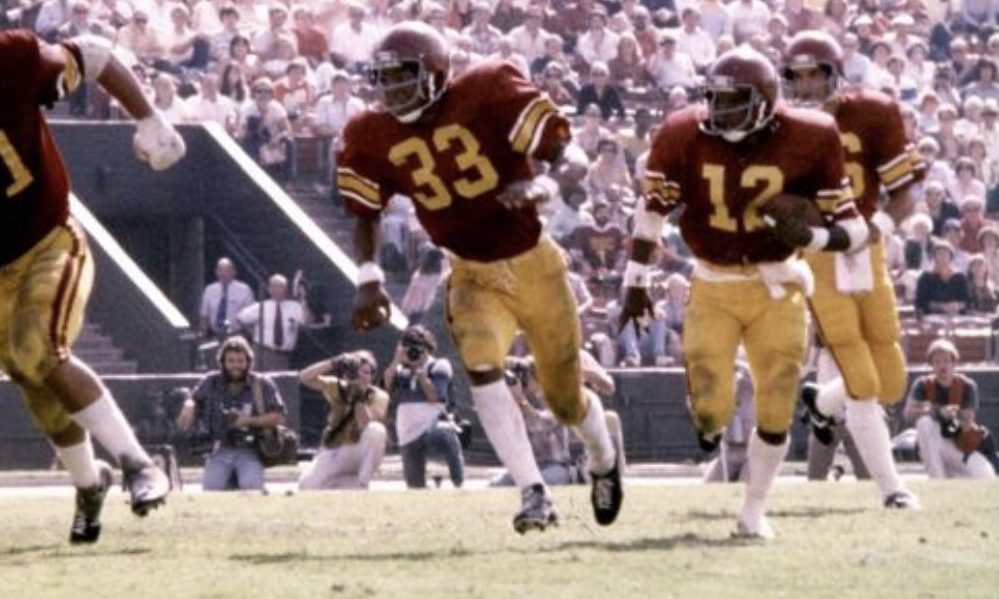 USC’s 1979 season kicked off on the road, as the USC Trojans traveled to Lubbock, Texas to take on Texas Tech. That Trojan team was looking to capture back-to-back national championships and got its first opportunity to prove itself on Sept. 8, 1979.

The previous season, USC began its run to a Coaches’ Poll national championship with a 17-9 win against Texas Tech in the Coliseum. The 1979 season would get off to the same seemingly-sluggish start, as USC left Texas with a 21-7 win.

That USC team had four eventual All-Americans on it, in running back Charles White, offensive guard Brad Budde, linebacker Dennis Johnson and quarterback Paul McDonald. But it would leave Lubbock without two of its stars healthy.

White suffered a shoulder injury that would force him to miss the second half of that game and all of the next game. And offensive tackle Anthony Muñoz tore ligaments in his knee that cost him almost the entire season.

Luckily for the Trojans, they had a ready-made backup to go into the game for White. After serving as his backup the previous season, Marcus Allen had moved to fullback for the 1979 season. He carried the ball just 31 times in 1978, but he was able to get a heavy dose against Texas Tech, as he rushed 20 times for 105 yards and a touchdown.

Allen would go on to score eight touchdowns and pick up 649 yards on the ground that year, but White was so good in 1979 that he was able to miss more than a game and a half and still win the Heisman Trophy. He rushed for 1,803 yards and 18 touchdowns, averaging more than 200 yards per game over the final 10 games of the season.

The injury to Muñoz, which came early in the game, set the stage for his eventual return in the Rose Bowl, as the Trojans beat No. 1 Ohio State 17-16. White rushed for 247 yards and was the leader on that famed final drive, which he finished with a dive over the goal line with 1:32 remaining.

USC also had memorable games against LSU, Notre Dame and Washington that season–a 21-21 tie against Stanford was the only thing preventing them from a national championship–but it all started in early September, against Texas Tech.