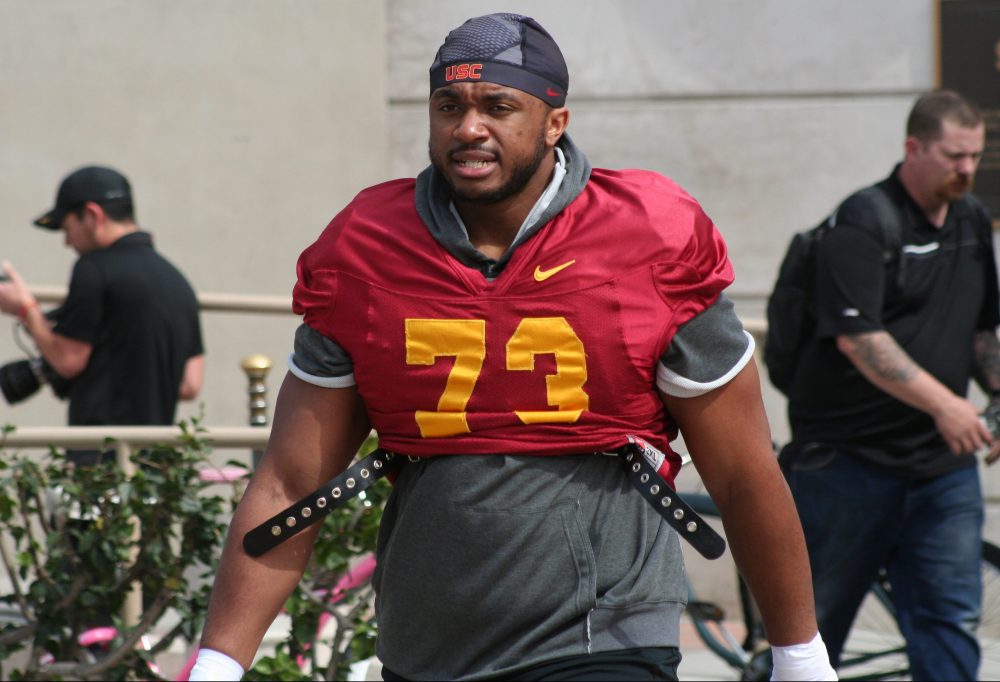 As we continue to monitor NFL.com’s Pipelines to the Pros series running this week, attention turned to the offensive line. Like the running back position, the USC Trojans can go player-for-player with any program in the country when it comes to offensive linemen produced. But the conversation is slightly different when looking at just the past 20 years, as this series does.

USC wasn’t able to hang onto a top-10 spot in terms of the Running Back U moniker, but in the battle for offensive line supremacy, the Trojans still have a seat at the table, as USC checks in at No. 8 on the list of “Offensive Line U.”

The Pipelines to the Pros series looks only at the last 20 years in an attempt to determine which program is the current leader at producing successful NFL talent at that position. It awards points based on where players were selected in the NFL Draft and how successful they were within the first five years of their NFL careers.

USC landed at No. 8 on this list, just one point behind Florida at No. 7 and nine behind Alabama, at No. 6.

Just as the SEC dominated the running back list, this one was Big Ten heavy, as Wisconsin, Ohio State and Michigan finished 1-2-3. Iowa also grabbed the No. 10 spot. Notre Dame and Oklahoma were Nos. 4 and 5, while Miami finished right behind USC at No. 9.

The Trojans were led by massive scores from Tyron Smith and Matt Kalil, first-round picks in 2011 and 2012, respectively. Deuce Lutui, Ryan Kalil, Sam Baker, Travis Claridge and Chilo Rachal all scored at least 30 points. In total, 23 former Trojans tallied points for USC’s total, which was one more contributor than Wisconsin had, at the top of the list. The Trojans have a few active linemen in the NFL, but all eyes will be on recent first-round pick Austin Jackson of the Miami Dolphins. He’s USC’s first first-round lineman selected since Kalil.

While USC has produced several productive linemen over the past decade, it was been done in a slow trickle. The Trojans haven’t had multiple offensive linemen selected in the same draft since Baker and Rachal went in rounds one and two of the 2008 draft. Two years before that, Winston Justice, Lutui and Fred Matua were all taken in the 2006 draft.

It’ll be interesting to see if that single-pick streak continues through the next draft. Alijah Vera-Tucker would still have one year of eligibility remaining, but he is very likely to declare early and should be a high selection. Offensive linemen Liam Jimmons and Frank Martin are the only two linemen scheduled to exhaust their eligibility following the season.

Plenty of attention will be paid to the USC offensive line this season, as the Trojans have been forced to play three quarterbacks each of that past two years do to injuries suffered by the starter and backup. Starting quarterback JT Daniels was lost for the season late in the first half of the first game of the year in 2019, while backup Kedon Slovis was knocked out of the Utah game on the second play, and then had to leave the Holiday Bowl game against Iowa with an elbow injury.

There could be some shuffling all along the line this year, but it’s a very experienced group coming back, despite having to replace Jackson at left tackle.