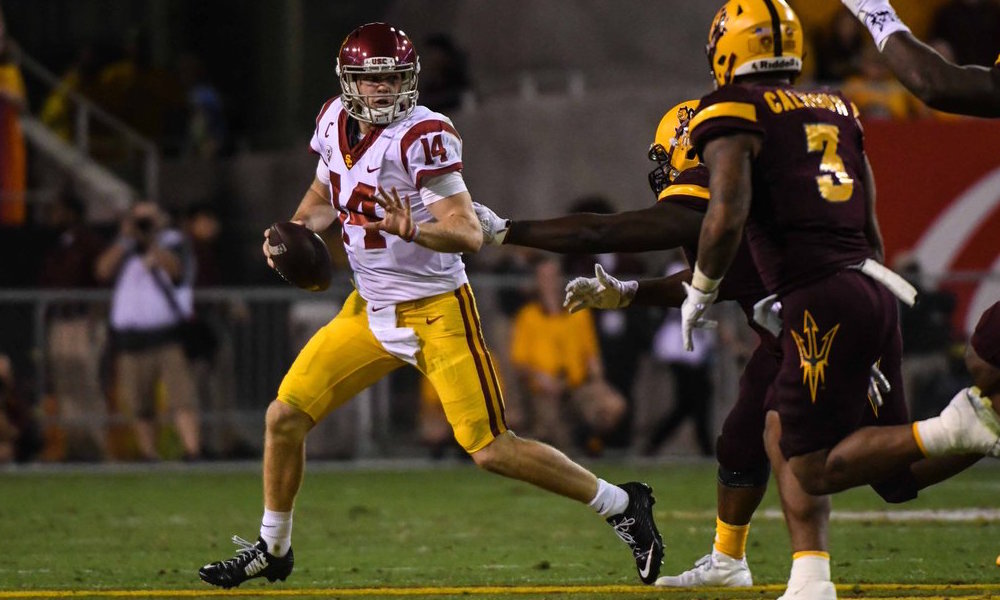 USC has just one starting quarterback in the NFL presently, but thanks to its dominant run of having every long-term starter of the past 20 years selected in the fifth round or better of NFL Draft, the Trojans remain Quarterback U, according to NFL.com and its Pipelines to the Pros series.

The series awards points based on where players were selected in the NFL Draft and how successful they were within the first five years of their NFL careers.

Mark Sanchez leads the way for USC in points earned, as his 48.5 points are based on his status as a top-five draft pick and earning the starting job as a rookie with the New York Jets. Carson Palmer comes in with 44.5 points, and was held back a bit due to the fact that he didn’t start until his second year with the Cincinnati Bengals.

Darnold is likely going to need to do the heavy lifting for USC’s QBU hopes, though Barkley is still on the roster for the Buffalo Bills.

But the Sooners are quickly gaining on the Trojans, as Baker Mayfield and Kyler Murray still have the ability to pile up points as the starters for the Browns and Cardinals, respectively. Of course, USC might just be a few years away from another big addition to its point total, as Kedon Slovis looks poised to become the next USC quarterback drafted into the NFL.

The NFL.com’s Pipelines to the Pros series will continue through eight total positions, and looking at just the past 20 years should be an interesting take on the “Position U” debate. USC has a claim to so many positions over its history, but where does it stack up at positions like running back and linebacker over the last two decades?