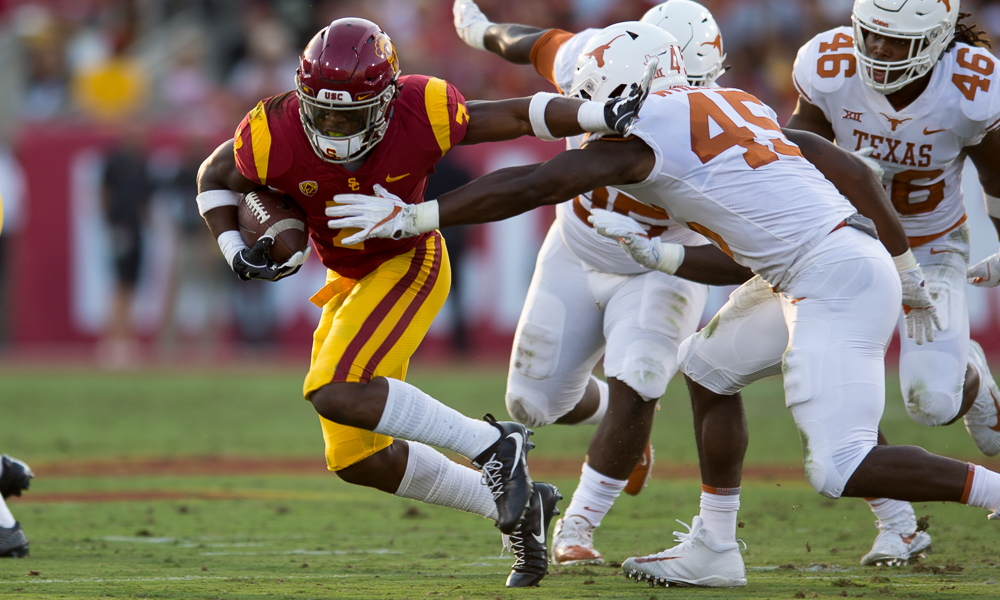 USC is always going to have a prime seat at the table when it comes to the discussion of which program holds the overall claim to “Running Back U.” The Trojans have five tailbacks who won the Heisman Trophy, Marcus Allen recorded the first ever 2,000-yard rushing season and Charles White ranks fifth all-time with 6,245 career rushing yards.

But none of that means anything when it comes to NFL.com’s Pipelines to the Pros series running this week. The project looks at just the last 20 years and specifically, how productive each programs’ players were in the NFL as draft picks and during their first five years in the league.

USC was the runaway winner as Quarterback U on Monday, but the Trojans weren’t among the top 10 teams featured in the discussion of Running Back U on Tuesday.

USC was collecting points for Reggie Bush and Lendale White within this 20-year time frame, and Ronald Jones and Buck Allen would have contributed to the total as well. But ultimately, the Trojans haven’t been churning out successful NFL running backs at a rate that keeps them in the discussion among the national leaders.

Alabama has a grip on the top of the list stronger than any school at any position, according to NFL.com, as the Crimson Tide–led by Eddie Lacy, Le’Ron McClain and Shaun Alexander–posted 309 points to LSU’s second-place total of 214.

The top of the list is dominated by the SEC, as Alabama and LSU are joined by Auburn, Tennessee and Georgia in the top six. Miami checks in at No. 3, while Nos. 7-10 are Oklahoma, Wisconsin, Ohio State and Pittsburgh.

USC hasn’t been hurting for running back talent in recent years, but it’s been a while since one went on to any kind of dominant run in the NFL. It feels like over the last 15 or so seasons, USC always has a talented stable of backs, and typically one emerges to lead the way. Last season, thanks to a bunch of injuries, Vavae Malepeai led the Trojans with just 503 yards on the ground. He was also the only Trojan with more than 72 carries on the season. It will be interested to see if the two seniors–Malepeai and Stephen Carr–continue their run atop the depth chart this season, or if they are seriously pushed by the younger duo of Markese Stepp and Kenan Christon.

However it plays out, the hope is that the USC ground game is more potent in 2020 than it was in 2019 and the Trojans can start making their way firmly back into the discussion when it comes to producing successful NFL running backs.