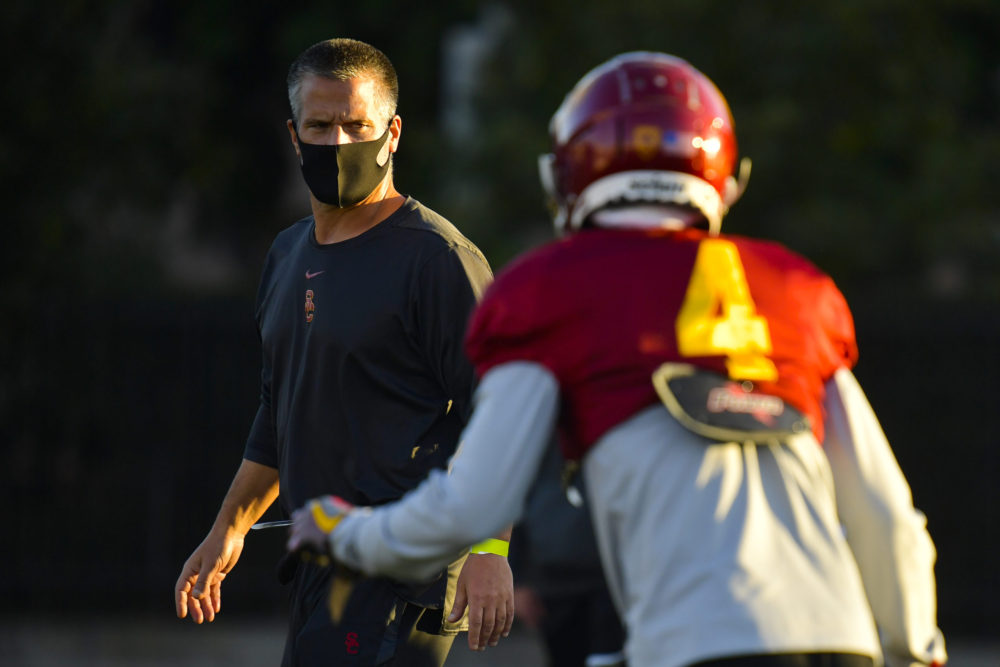 Linebacker is going to be yet another key position in this 2022 recruiting class for the Trojans. USC didn’t sign any linebackers in the 2020 class, brought in just two in the 2021 recruiting class and has a long list of injury questions with returning players at the position.

USC will need to land multiple linebackers in this class because there are some questions at the position on the roster right now. Jordan Iosefa won’t have any remaining eligibility after this season, Solomon Tuliaupupu, Eli’jah Winston and Juliano Falaniko have all had injury problems, and it still remains to be seen how much help Tayler Katoa can provide after returning from a mission. USC lost linebackers Palaie Gaoteote and Abdul-Malik McClain to the transfer portal this past season and had to bring Raymond Scott down from safety in order to provide some depth in a year where USC really only played three linebackers at the two inside positions.

That outside linebacker spot will take a hit as well, as this is likely the final season for Drake Jackson, who could leave early for the NFL Draft, and Hunter Echols is entering his fifth season.

USC didn’t sign a big group of linebackers in the 2021 class, but it was about as good as it gets in terms of talent. Davis and Simon, two four-star prospects, were the only linebackers listed, but five-star defensive end Korey Foreman could play some outside linebacker as well, and eventually step into Jackson’s spot.

USC’s first 2022 commitment came from 4-star inside linebacker Niuafe Tuihalamaka, though the big-bodied defender has backed away from that pledge and is now looking hard at a number of USC’s rivals, including Notre Dame. The Trojans rebounded by landing a commitment from Kana, a speedy inside linebacker whom USC defensive coordinator Todd Orlando is familiar with from his time recruiting the state of Texas.

Now, the major name on that target list is Bailey, an incredibly athletic and physically impressive outside linebacker at 6-foot-3, 220-pounds. He jumps out immediately with his ability to rush the passer, but he’s very comfortable dropping into coverage and playing the run. He’s already the nation’s No. 81 overall prospect, but he could go higher than that once he’s able to get on the field this spring.

After landing Davis and wide receiver Kyron Ware-Hudson in the 2021 class, and holding a commitment from 2022 five-star Domani Jackson, USC’s presence at Mater Dei is very strong again, and that should help in its pursuit of Bailey, who holds offers from all over the country and is a top Stanford target as well.

Fellow four-star linebacker Keaten Wade is a fairly recent offer for the Trojans, and the 6-foot-5, 225-pounder quickly put USC in his top nine schools, along with Arizona State, Kentucky, Louisville, LSU, Michigan, Ole Miss, Virginia and West Virginia. Wade can play that standup defensive end spot and has the athletic ability to also play running back and basketball in high school. He’ll be a tough sign for USC, however, as his brother is a three-star quarterback who has offers from some of the same schools as Keaten, but USC is not one of them.

The Trojans have made several more recent offers at that position as well.

Three-star athlete Anthony Jones could be a recruit to watch for USC, as the 6-foot-5, 242-pound two-way prospect has grown up in a family of USC fans and his cousin is former Trojan wide receiver Robert Woods. Jones made an early commitment to Washington, along with two teammates, but he and defensive tackle Sir Mells have backed away from those. USC has offered both.

The 6-foot-4, 215-pound Barton is assembling an impressive offer sheet, with Arizona State, Michigan, Nebraska, Oregon, Stanford, UCLA, USC, Utah, Washington and others stepping up with offers. Utah has made a point of trying to keep local prospect at home and the Utes typically do well recruiting defensive players in state, but USC went into Utah and grabbed quarterback Jaxson Dart last year, so the Trojans hope they have a little momentum with Utah prospects. But he’ll be a unique challenge to pry out of Utah, as his older brothers, Jackson and Cody, both played football for the Utes.

Another terrific athlete at outside linebacker is four-star prospect Lamar Washington, who could also play basketball in college and has offers for both sports. USC has the blueprint for recruiting two-sport athletes, as Drake London played football and basketball as a freshman, incoming tight end Michael Trigg plans to play both sports and running back Kenan Christon runs track as well.

The theme at this spot is definitely speed and athleticism, which is something head coach Clay Helton spoke about in relation to the 2021 class of defensive prospects. Linebackers are forced to cover so much ground sideline to sideline against offenses now that speed, reaction time and instincts are all premium qualities at this position.

USC threw its hat in the ring for some national five-star and high four-star prospects, but until the Trojans are allowed to host visitors and those recruits make the trip out to Los Angeles, there don’t appear to be any potential leans in that group just yet. Linebacker is definitely a spot where USC could look to the transfer portal for help after spring ball depending on how things shake out with those players returning from injury. It’s also a position where it wouldn’t be surprising to see an additional target or two jump onto the radar this spring as high school football gets underway in some of the West Coast states.