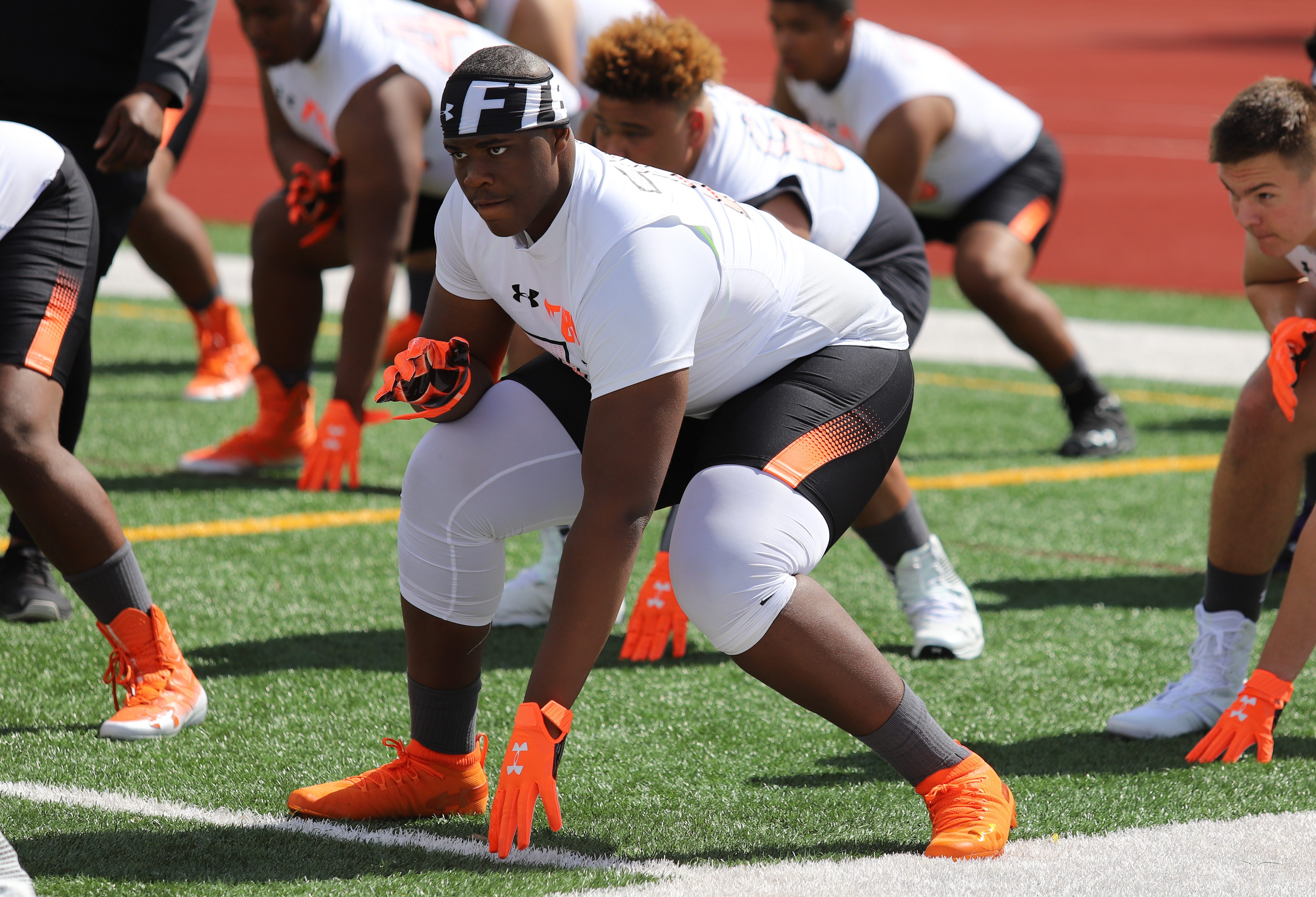 The offensive line will again be a key position for USC in the upcoming recruiting class. After signing nine high school offensive linemen over the past two classes, the numbers up front are beginning to look better. But with so many veterans set to depart over the next year or two, getting some impact players in this class is a priority.

In our rundown of 2022 USC Recruiting, we take a look now at the offensive line.

The net has been cast far and wide when it comes to offensive linemen in the 2022 class, with offers going out across the country to many, many of the four and five-star prospects.

Not surprisingly, it’s another year without may top offensive line prospects in California and without a season this past fall, USC coaches are going on a lot of sophomore film for in-state guys. It will be very interesting to see whether any offensive line prospects jump out during the upcoming spring season or whether the Trojans find some additional targets closer to home this fall.

As it is, there is one gigantic target right here in four-star guard Earnest Greene (Bellflower, Calif./St. John Bosco). The 6-foot-4, 330-pound lineman is the nation’s No. 52 overall prospect and No. 2 guard. He has offers from all over the country, but he’s a priority for the Trojans. He’ll hear plenty from teammate and fellow lineman Maximus Gibbs about following him to USC, but new Texas commit, quarterback Maalik Murphy (Gardena, Calif./Serra) is working on him to head out to Austin as well. While listed as a guard, Greene has played tackle and is athletic enough to remain outside in college. Greene is a must-get for the Trojans in this class.

USC set out on prospects from Arizona and Utah last year and missed on both, with Bram Walden and Kingsley Suamataia signing with Oregon. This year, there are West region targets in Utah and Washington that USC will chase.

Four-star guard George Maile (South Jordan, Utah/Bingham) could be the likeliest addition for USC if the Trojans pursue him throughout the process. His mother earned her Master’s degree from USC last year, so there is a connection. Oregon and Utah are two other Pac-12 schools pursuing Maile.

USC has offered a quartet of prospects in Washington and landing at least one would mean a lot for the Trojans’ recruiting presence on the West Coast.

Four-star Josh Conerly Jr. (Seattle/Rainier Beach) is the big target, as the 6-foot-5, 275-pound tackle is the nation’s No. 55 overall prospect and No. 7 offensive tackle. Washington will go all in to keep him home, and will likely do the same with USC’s other targets. Four-star tackle Malik Agbo (Federal Way, Wash./Todd Beamer) is No. 195 overall and the No. 25 offensive tackle, and seems to be open to heading out of state for school, with several SEC teams chasing him — including Alabama and LSU — as well as Texas.

At guard, USC made a favorable early impression on four-star prospect Dave Iuli (Puyallup, Wash./Puyallup), the nation’s No. 229 prospect and No. 6 guard. Ultimately he could prove to be difficult to get away from the Huskies. The same could be true for three-star guard Vega Ioane (Graham, Wash./Graham-Kapowsin), the nation’s No. 19 guard who holds offers from much of the Pac-12.

As far as the more national prospects, it will be interesting to watch how many book summer trips out to visit USC once the recruiting dead period ends (it was recently extended through May 31, meaning USC will be unable to host any unofficial visitors for spring ball).

If recent history is any indication, it’ll be worth watching for an addition or two from Texas as well. USC signed two Texas linemen in the 2020 class — Courtland Ford and Casey Collier — and added another this past December, in Ty Buchanan. New offensive line coach Clay McGuire has plenty of connections in the Lone Star State and offered Connor Robertson (Austin, Tex./Westlake) fairly quickly after taking over at USC.

USC got an early commit from three-star center Dylan Lopez (Bradenton, Fla./IMG Academy), who recently transferred from Moreno Valley (Calif.) Rancho Verde out to IMG in Florida. He’s a natural center and could ultimately take over after Brett Neilon and Justin Dedich finish their eligibility, though Andrew Milek from the 2020 recruiting class has been working at center as well.