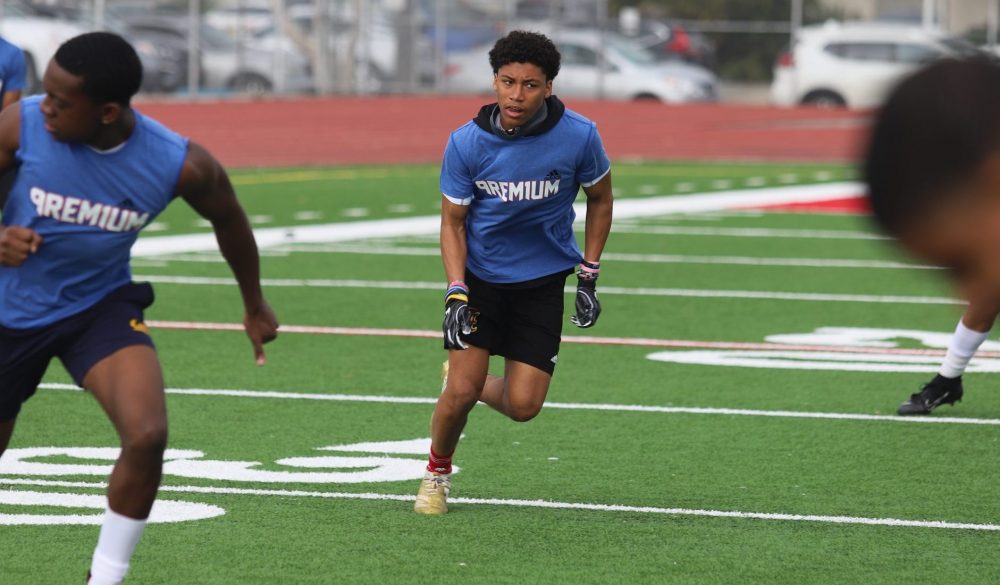 While a potential Pac-12 fall football season dominated the news over the weekend, the Trojans received commitment from a 2022 quarterback and extended a local offer in the 2023 class. And another 2021 USC commit joins an All-America Game roster.

What can Brown do for the Cardinal and Gold?

USC’s commitment counter had been stuck since mid-July, but the Trojans landed their 2022 quarterback over the weekend, as Devin Brown (Queen Creek, Ariz./Queen Creek) became the second commitment in that class for USC.

While Brown, a three-star prospect, was not a major win in terms of recruiting rankings, he’ll have an opportunity when his season starts on Oct. 2 to show exactly why the USC coaches put so much effort into recruiting him.

While USC had offered three Southern California quarterbacks in the 2022 class prior to Brown, the Trojans–led by offensive coordinator Graham Harrell and offensive quality control analyst Seth Doege–went hard after Brown, offering on Sept. 1 and reeling in a commitment this past Saturday.

Now, commitment made, Brown said he’ll turn his attention toward his junior season and helping the Trojans build the best possible 2020 class.

Quarterback Miller Moss and offensive tackle Saia Mapakaitolo are no longer with the team as Moss is working out on his own and planning to enroll at USC in January, while Mapakaitolo has transferred to Red Mountain High School in Mesa, Ariz. in order to play his senior season this fall. But at one point, the Trojans held commitments from three 2021 Alemany prospects, in Moss, Mapakaitolo and defensive back Jaylin Smith.

USC also has a commitment from 2022 linebacker Niuafe Tuihalamaka, another Alemany standout. The Trojans have offered 2022 defensive tackle Damonic Williams, 2022 defensive back Ephesians Prysock and 2022 wide receiver Kevin Green Jr. And now the Trojans will be looking for a pair of 2023 defensive backs out of Alemany.

Safety RJ Jones already held an offer from the Trojans. He was joined as a USC target over the weekend by cornerback Jshawn Frausto-Ramos.

Frausto-Ramos said this was his dream offer and it was clear that this will be a big one as Frausto-Ramos continues through the recruiting process.

Alemany head coach Casey Clausen was effusive in his praise for Frausto-Ramos when asked about him this past spring.

“He’s big time,” Clausen said. “He started as a freshman last year and played some corner and nickel. He and RJ Jones are big time. We play in the second-best league in the state and they played as freshmen. He’s a physical, athletic, long kid–6-foot, 170 pounds and can run. He’s very similar athletically to Jaylin Smith. He likes to be in the action in the run game. He can cover, either drop into zone or play man-to-man. He got his first offer from Oregon State, but he’s going to blow up.”

Quarterback Miller Moss has been the lone USC commit scheduled to participate in the Under Armour All-America Game this coming January, but he got some company on Monday morning, as wide receiver Michael Jackson III (Las Vegas/Desert Pines) announced he is committed to the game as well.

Jackson is a three-star prospect, but is a recruit who likely would have benefitted greatly from an extended spring and summer camp circuit. Now, he’ll have an opportunity to prove himself against some of the best defensive backs in the country later this year.