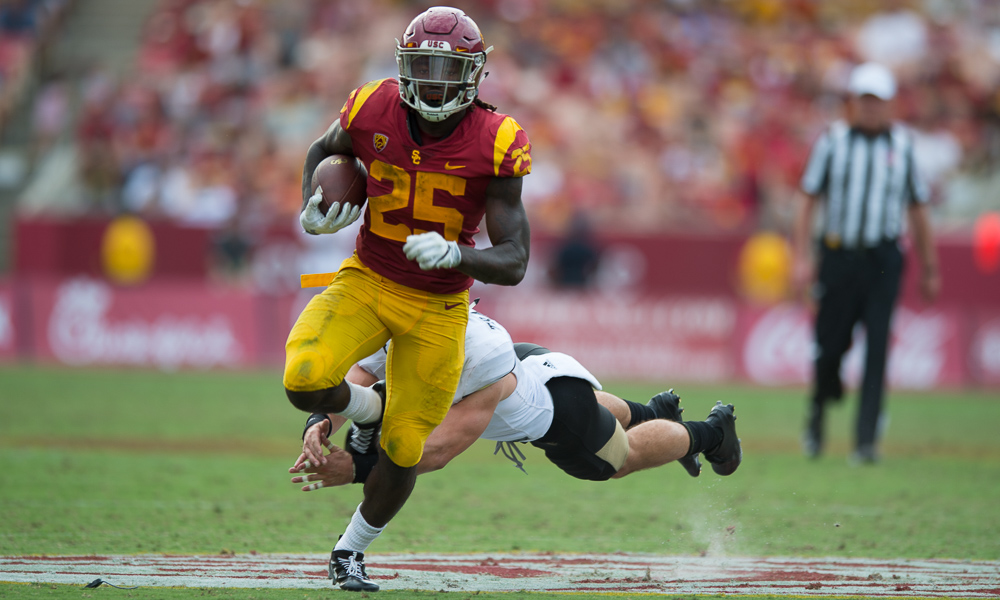 What is the key match-up for the Trojans against Washington State?

Sam Darnold vs the Washington State defense. I see this as a game where Sam can impact things in so many ways, from controlling the tempo to converting on 3rd and 4th down opportunities and by hitting on passes downfield to help take pressure off the run game. There has been a lot of talk this week about how the SC defense needs to stop Luke Falk (and it’s legit for a guy hitting 77% of his passes) but the Cougars defense has yet to see anything like Sam, and if he’s on top of his game it would go a long way towards the Trojans coming away with another victory.

I think that the key matchup will be the USC rushing offense versus the Washington State run defense. With the Cougars possessing an extremely potent offensive attack, time of possession is likely to be a crucial for the Trojans – something Clay Helton discussed on more than one occasion this week. If the Trojans don’t establish a successful ground attack, Clancy Pendergast’s defense could get worn down as the game progresses. The good news is that it looks like Ronald Jones II will be back to team with Stephen Carr. The Trojans will also need the offensive line to produce up front. They’ve been inconsistent through the early portion of the season so far, but I think that they might be able to find some success this weekend. Sure, Washington State has the No. 1 overall defense in the Pac-12 right now, but that’s due as much to their schedule as anything.

The key match-up for me is can the Trojans’ defensive linemen mount enough of a pass rush on Washington State quarterback Luke Falk to harass, hurry, and/or intimidate him, and can the Trojans’ secondary contain or limit the amount of damage from a rebuilt Wazzu wide receiving corps? IMHO, it will take both the D-line and the secondary – namely the corners – to play their best games of the season. If these factors don’t tilt in favor of the Men of Troy, it’ll probably be a struggle the entire evening up in Pullman. The Trojans haven’t faced a passing attack like the Cougars, and it will take a supreme effort to get the WSU offense off the field and the Trojans offense on it. If the Trojans offense can be on the field for a longer period of time than the Cougars, it bodes well for the Cardinal and Gold.

As usual there are several match-ups to watch in this road game against Washington State. But I’m going to focus on the USC defensive backs vs. the Washington St. wide receivers. You know what you are going to get when facing a Cougar offense under Coach Mike Leach, and they have delivered so far with (7) receivers garnering 10+ catches already this season. The challenge for USC’s DBs will be to take away Cougar QB Luke Falk’s first passing option, which will force him to hesitate and look for an alternative receiver, allowing the Trojan pass rush to disrupt Washington State’s quick delivery of the ball. USC’s defensive backs will also have to tackle well in space, and not allow the Cougar receivers to pick up big yards after the catch.

1) O-line vs. WSU defense in the box. Can we run the ball on 1st down? 2) can we exploit the perimeter run & pass? 3) Sam needs to complete some deep balls 4) secondary need to stop 3rd down passing plays – CB’s need to step up on press cover 5) DL needs to control the LOS and take WSU run game away 6) improve KO coverage 7) punt return becomes a weapon?