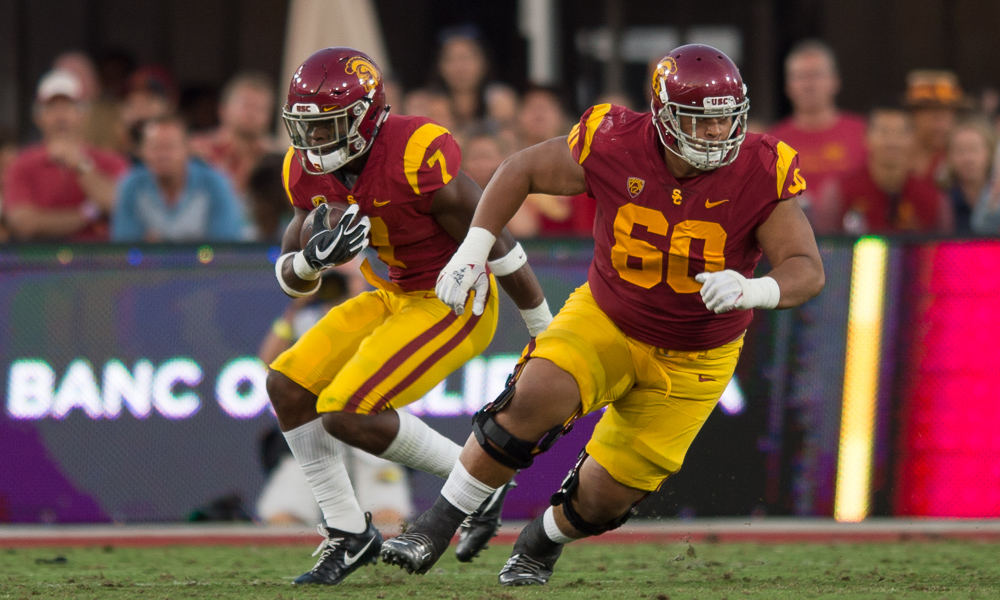 What do you see as the key factor for the Trojans to come away with a victory this week at Cal?

Crispness on offense. Last week the Trojans weren’t able to get much of a run game going against a stout Texas d-line and Sam Darnold needed to throw for roughly 400 yards to get the win (and that was with some dropped passes). The Cal pass defense is ranked #12 in the Pac-12, which likely means another good game of pass production, but I would like to see that balanced out with similar production on the ground. Clay Helton says he wants to see that balance as well so it would surprise me if that doesn’t happen on Saturday.

Coming off a dramatic double-overtime victory over Texas, which followed a dominating effort against Stanford, this weekend’s contest has the appearance of potential trap game for the Trojans. As such, I think the key for USC will be to come out in the right frame of mind – focused on the task at hand, and determined to play a complete 60-minute game. In particular, they need to win the second half. The Golden Bears have trailed at halftime in every game that they have played this season, but thanks to some dominant second-half play under Justin Wilcox in which they have outscored their opponents 57-13, here they sit at 3-0. The Trojans can’t afford to let their guard up in this one, and veteran leadership will be key.

I see as a key factor for the Cal game just how the Trojans want to play, both physically and emotionally, and whether it will be at a high and effective level for four quarters. The Men of Troy learned a huge lesson last Saturday against Texas, both physically and mentally. They learned that they are now the hunted, and they brought out the best in the Longhorns. USC is always the hunted, but especially when they are highly ranked and undefeated. Texas came to play last weekend, and the Trojans didn’t put the Longhorns away early like they should have done. Worse, Texas really stuff the Trojans offensive line physically and played mind games with stunts and blitzes defensively. That can’t happen in the future. This Saturday, it’s all about playing like the Trojans did near the end of last Saturday’s regulation and in the overtime periods. There has to be a Trojans sense of urgency throughout the entire game, and if they don’t have it, a team like Cal will gain confidence and then you’re in a real dogfight. Cal will be out to prove their 3-0 record isn’t a fluke. The Trojans better come out of the Memorial Stadium tunnel with their hair on fire and carry it through until the final gun.

The key factor for the Trojans as they face CAL this weekend is recovering mentally and physically from the emotional double OT win over Texas last Saturday. The Trojans have more talent than the Bears, but if USC has not bounced back physically well enough to play at a high level, the game will be closer than expected. Also, the mental focus required to leave a great win behind and concentrate on executing the new game plan, is as important as the physical part of the game. This week would have been a great time for a BYE week for the Trojans. But that’s not the case, so USC must march on and take care of business in Berkeley.

1) Restore order to the run game. More point of attack blocking combined with zone blocking 2) Receivers catch the ball (let’s keep this focused…catch ball; run next) 3) Need TE production 4) defensive replacements need to assignment sound both individually and as a group. Cam Smith, Chris Hawkins have make sure every one is properly set and know their reads and assignments 5) watch for the deep vertical throws 6) punt return and KO coverage need to get it going.