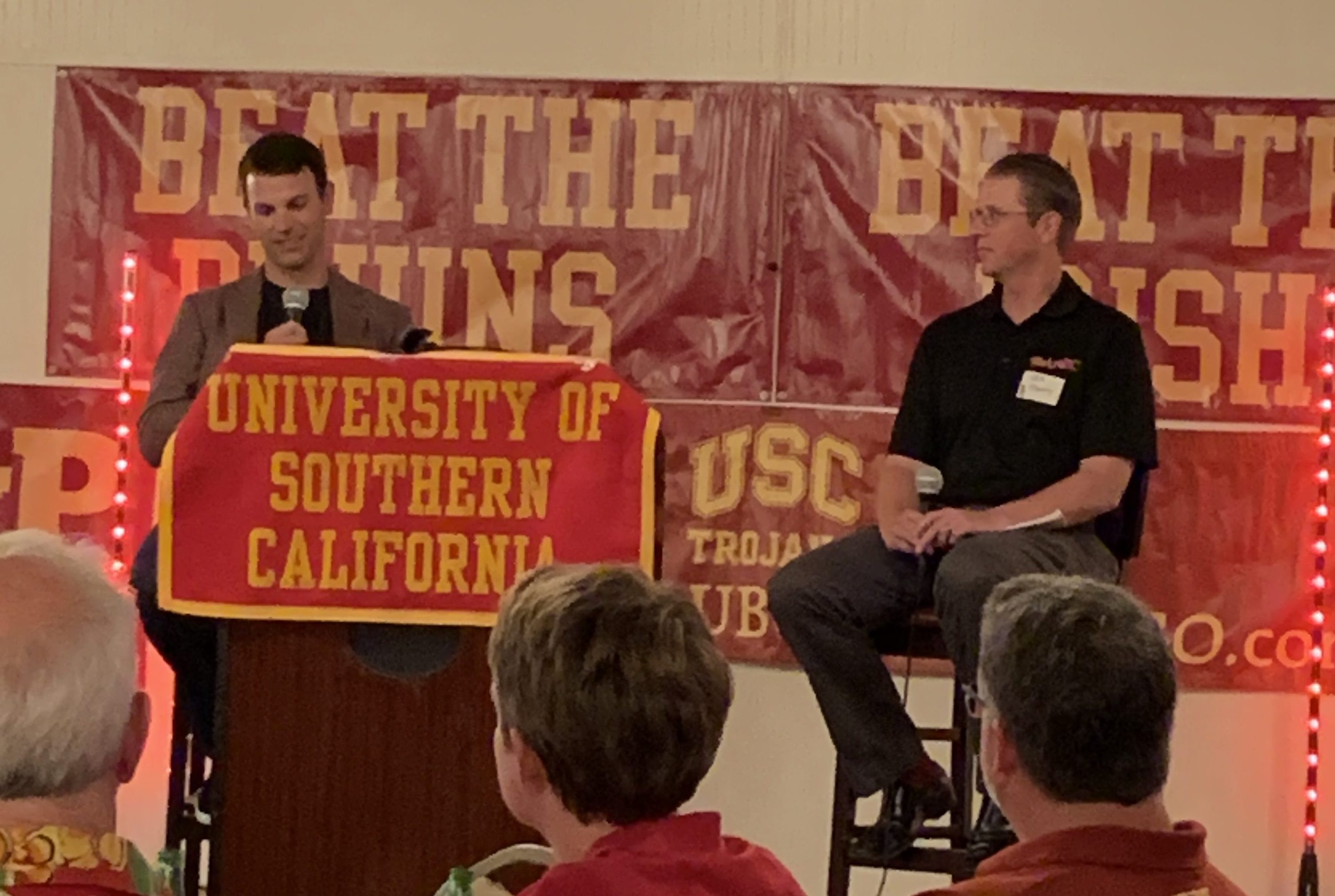 Harrell took the time to answer more than an hour’s worth of questions during the event, which included special mention and recognition of WeAreSC founder Garry Paskwietz, who, along with John Jackson II, attended TAF Club of San Diego dinners for more than 20 years.