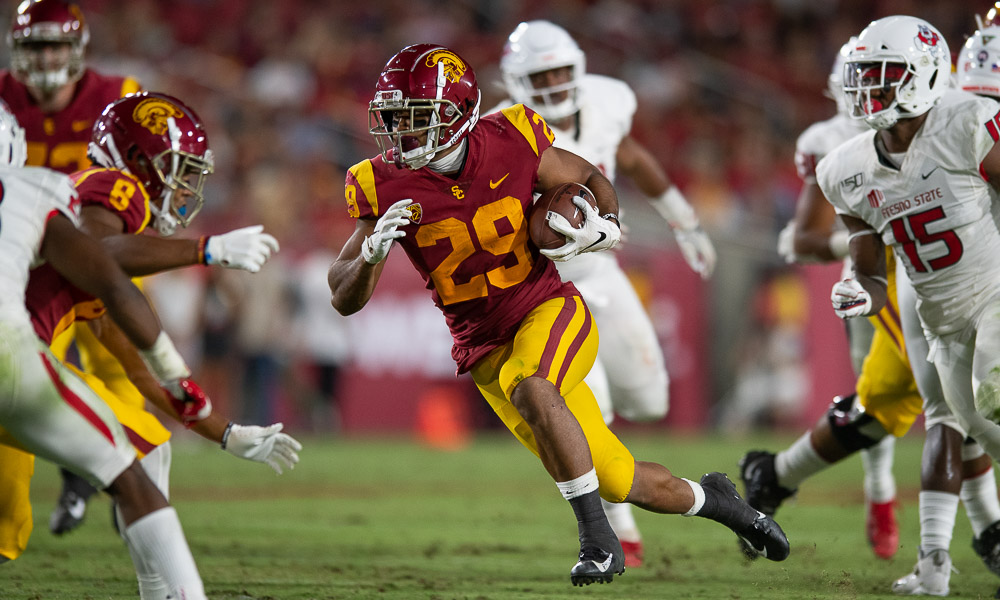 Friday’s news that the Pac-12 now plans to play a conference-only schedule for the 2020 season this fall provided some answers to several reader questions this week, but there were others related to recruiting, the 2021 season and coaching losing their touch.

Q: When do we begin team practice?

How many practices (in hours and type) will we get before Alabama game?

How can we be assured that Alabama has gotten no more team practice hours than us this spring and fall.

A: Not only did Friday’s announcement from the Pac-12 state that the programs would play conference-only scheduled this fall, but it also said that mandatory team activities would be delayed. The NCAA ruled that mandatory team activities could begin on July 13 for any program that had its first game on September 5. That July 13 date basically allowed for an extended fall camp, which is something all coaches pushed for in light of spring ball being canceled.

Now, the Alabama game prep doesn’t much matter, as all three non-conference games–Alabama, New Mexico and Notre Dame–have been canceled. There could still technically be a chance that they come back on the schedule, but it looks very unlikely at this point.

I think your third question goes into a topic that makes the conference-only schedules make some sense. On the surface, the idea of Utah having to cancel a home game against BYU–a school 50 miles away–but still traveling to Los Angeles to play UCLA seems silly. But the idea seems to be to create something of a Pac-12 bubble, both in terms of entry points–Stanford now doesn’t have to worry about the health protocols of a New Mexico program that visited USC the week before USC’s trip to Palo Alto–and consistency of health and safety practices, and like you mention, just regular football practices, for every opponent on the schedule.

Q: What are the odds of the Alabama game getting cancelled?

Look. I know I could have left this question out after the scheduling announcement yesterday. But I’ve gone out on limbs in these mailbags before and been absolutely dead wrong. So I’m keeping this to even the score just a bit.

Q: Will we have a season?

A: No. At least not a fall season.

Q: Do you believe the latest e-mail from SC (as discussed by Greg Katz) is likely to kill the football season? It seemed at an earlier point there was a declaration that football could not happen unless students were back on campus. The latest seems to indicate that students are urged not to return to campus and classes are going to be on-line.

A: This is in regards to USC announcing that a majority of its fall classes will be held virtually.

I don’t believe there was ever a firm declaration that football couldn’t happen if students were not back on campus, though I do believe that it would be very unlikely. While they could technically do it, I doubt many, or any, schools would try to only bring student-athletes back to campus and keep the rest of the student body away.

Figuring out university housing and dealing with indoor gathering size restrictions was always going to be a huge issue and I think USC might have gotten ahead of itself with its previous statement, as it’s obviously now had to walk that back a bit. But while the letter does state “we are now recommending all undergraduates take their courses online, and reconsider living on or close to campus this semester,” USC still does have some limited in-person, on-campus activity, which by itself likely clears the way for athletics to happen. Though, that’s not going to provide the final answer as to whether or not football will be played.

Q: Why do you think the school decided to banish the booster clubs? Do you think this move would have an impact on recruiting?

A: I don’t know if there’s much of a question about the reasoning for the decision. Virtually anytime something external is brought internal, it’s to have more control and provide more oversight. I would say the decision did not go over too well with too many people. I’m certainly interested to see the final result of this plan and how it plays with those people affected most by it.

As far as an impact on football recruiting? I would say there’s none. Football recruits are impacted by coaching staffs and win-loss records.

Q: If football got moved back to the Spring, would there be enough recovery time for the student athletes from when the Spring season would end to when the start of the Fall season would begin for their bodies to recover?

A: There are a lot of people who would know that answer better than me based on their experience playing an entire college season who have said there’s no way student-athletes could handle two seasons in one calendar year. If the 2020 season does get pushed back to the spring, I think you have to immediately think that it could affect the 2021 season as well.

Q: Heard that 4* RB Cardwell from San Diego no longer lists USC as a school he’s interested in. Now we seem to be interested in some lower level RB targets. What’s going on with RB recruiting? Why are we having so many issues attracting decent RBs? And why did we pass on 4* RB commit Wilmore, who Utah is saying is their next star RB? Thanks.

A: Jordan Wilmore wound up at Utah because he felt it was a better spot for him than USC. There was known stability at head coach and an offense that churned out 1,000-yard rushers, while USC was moving to a pass-heavy offense while there was constant chatter about Clay Helton’s job security.

USC does have a really good running back in Brandon Campbell (Katy, Texas/Katy) committed, but if the Trojans don’t sign Byron Cardwell (San Diego/Morse), it would be a red flag with running back recruiting. USC is in the mix for three-star back Tavierre Dunlap (Del Valle, Texas/Del Valle)–rated a four-star and No. 222 overall by 247–and three-star back Logan Diggs (Metairie, La./Archbishop Rummel), and both are very good. But Cardwell is the best back in the region and a guy who seems perfectly suited for this offense with his ability to catch the ball out of the backfield and even play some slot receiver.

But the truth is that USC’s top running back the last two seasons has rushed for 825 and 503 yards. I understand there were some less-than-idea circumstances leading to both, but opposing coaches don’t care about those when they let recruits know. Every time USC pushes the fact that Kedon Slovis had the season he had, or that four receivers caught produced 100-yard games on the same day, not all running backs see that as a positive. This is a pass-first offense and that’s going to make it difficult to recruit every big-time back the Trojans want to sign.

I don’t think USC needs five and four-star backs to have a productive offense, as we’ve seen major production from three-star and lower backs at places like Washington State and Texas Tech. But it does feel strange for USC not to be the clear choice for a semi-local standout tailback.

Q: kind of a big question: Why do you think coaches with proven success have tenures that eventually sour? I am not referring to Coach Helton, but rather his previous DC Clancy Pendergast, and current successor, Todd Orlando. Both had immediate success, taking over for defenses in decline and effected immediate improvements with their systems. After 3+ years, both these coaches, and many others at different schools, hit this slump they can’t seem to get out of. Did they just “forget how to coach”? …get tired, complacent, whatever? This is probably good fodder for an in-depth article, but I’m just curious to get your thoughts. Thanks!

A: You’re right that this would be a good topic for a bigger story. I think sometimes it’s just bad luck when you get a young roster or hit with injuries and the unit underperforms. We’re in a time right now where one bad year can cost you your job as an assistant, so a lot of times they aren’t given an opportunity to rebound from a bad season.

Sometimes the information or scheme or coaching style can become stale for the players and they stop responding or performing like they did previously. Sometimes it just comes down to recruiting misses and being stuck without the guys who can play at the level you need them to.

There can be wrinkles or plays that give coaches fits, but at this level they’re all good enough to figure out the adjustment, so I don’t think it ever comes down to them forgetting how to coach. I think that some years things just don’t come together for one big obvious reason, like youth or injuries, or a bunch of little ones.

Q: What recruit that most fans would be surprised that USC is in the mix for?

A: I don’t know if there are any major surprises for fans that have been following recruiting, but USC is still pushing for five-star defensive tackle Damon Payne (Belleville, Mich./Belleville), who is scheduled to announce later this month (though Alabama looks like the clear favorite). Cornerback Isaiah Johnson (Bluefield, WV/Bluefield) has USC among his top eight schools and might get lost a little bit in the discussion about cornerback targets.

A: No. I don’t believe USC will do anything to go against the conference at this point. Mike Bohn was quick to deliver a statement after Friday’s conference-only schedule announcement that he was in agreement with the Pac-12’s decision. I am curious if USC could figure out a way to maybe take an extra week or two off after the UCLA game and find a way to play Notre Dame, if the Fighting Irish did the same thing.