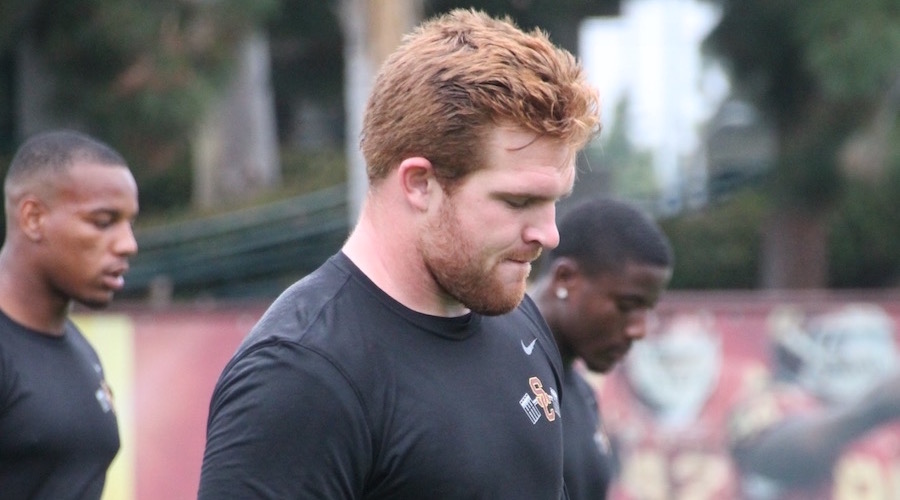 A mutual friend of ours calls often and is very disturbed that USC has “lost” four or five recruits lately to the likes of Oregon and Texas. Do you share his concern?

Yes and no. I certainly don’t like seeing good players commit elsewhere even if it is only June, as there is a long way to go before signing day and so much can change between now and then. However, you also don’t want to see other schools get momentum and Oregon seems to have captured some with a contingent of Mater Dei players, including Mase Funa, Jay Criddell and Sean Dollars, all of whom I would have wanted to add to the SC class. With Jake Smith, I’m not worried about finding other skill players but he has something I like about his game and I would rather he was here than at Texas. But at the end of the day, I also have great confidence based on what Helton has shown as head coach that he knows how to manage and close a recruiting class, and that includes getting late flips such as Marlon Tuipulotu, Vavae Malepeai and Eli’jah Winston.

Garry, what should USC fans be looking for during the PRPs? Players taking early leadership roles or more take charge “this is our team” attitude from Helton’s veteran group? I think the QB job goes to the take charge guy, whether it’s the perceived precociousness of Daniel’s or Fink and Sears with more reps in the system plus their own leadership attributes.

Yes on the leadership role factor, I think these summer workouts are so telling in that regard. This year will be unique because so many of the team leaders are on defense but the quarterback situation will also be huge to watch to see who starts to emerge. It’s also a time to watch some great one-on-one work being done, particularly with wide receivers and defensive backs. We’ll see guys like Tyler Vaughns consistently going against Iman Marshall trying to make each other better. And I love watching summer workouts to see who is ready to step into a bigger role, one guy I’m hoping to see is Randal Grimes, who didn’t have the big spring many had hoped but he also became a father in that time so let’s see where he’s at after that adjustment period.

Garry, are the PRPs held on HJ/BK, Cromwell, or that half field outside of the McKay Center? (Just wondering about public access/ viewing.)
Thanks!

They are held either on Brian Kennedy-Howard Jones Field or Cromwell, depending on the day. Cromwell sessions are always open but not always when held on BK-HoJo, and we don’t always get notice on where they will be held.

Garry, who are you looking forward to seeing at the Rising Stars Camp? Who might get an offer who hasn’t received one already?

The number one guy I’m looking to see is Kedon Slovis. He was as under-the-radar as you can get for a Trojan quarterback commit and I’m anxious to see how he performs in this camp setting when so many eyes are going to be on him due to that commitment.