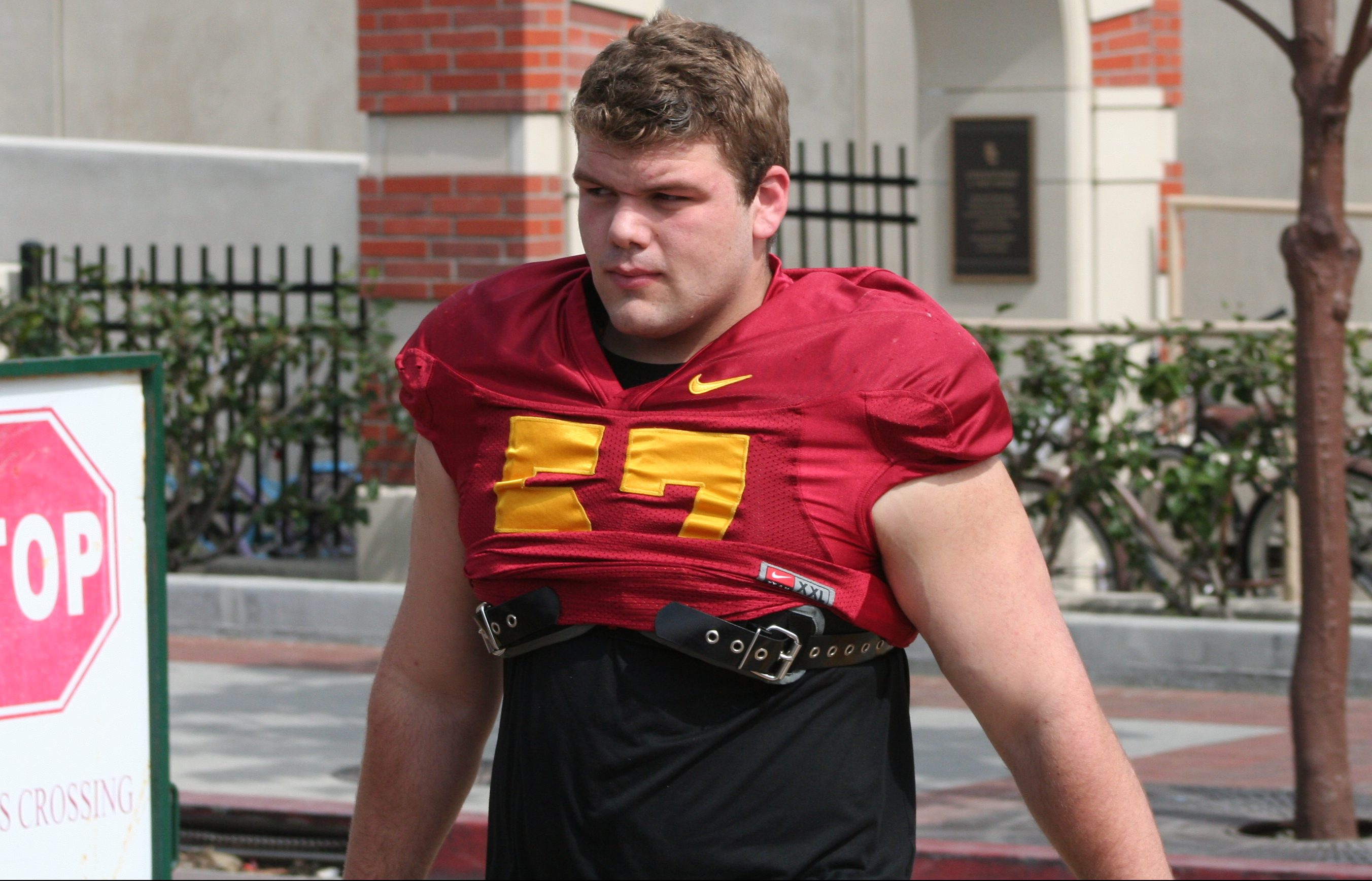 Q: Does the Trojan Football Team undergo mandatory sexual harassment training or any sensitivity training towards Title IX violations? It is that time of year for the predictable criminal justice surprise of the new season. Anyone jumping out of their girlfriend’s second story window & breaking their ankles? (Josh Shaw lied and said he jumped off a balcony to save a drowning nephew). No new questionable argument/assaults by the girls’ tennis courts visible to the daughter of a coach in some other obscure sport? The world wonders……

A: I don’t know of any specific training the players go through with regard to sexual harassment, but that’s not to say there isn’t any. I would be shocked if the topic isn’t brought up at least semi-consistently due to incidents at USC and college football in general. To my knowledge, USC hasn’t brought Brenda Tracy to campus to speak to the team, which is a little surprising, considering she has visited several Pac-12 programs. Stanford has hosted her and Cardinal head coach David Shaw has his freshmen sign the “Set the Expectation” pledge, which is part of Tracy’s campaign. Michigan head coach John Harbaugh has committed to bringing her in to speak to his team every year.

Q: How important is stability in today’s college football world and what has it come to mean?

One of the reasons for bringing in Coach Helton (if I remember correctly) was stability. Faith, Family, Football. For today’s digital world where players frequently transfer high schools to get an edge or increasingly utilize the Transfer Portal or Grad Transfer route to seek out better opportunities, how much do you really see student/athletes value having a coach somewhere long term as opposed to finding the best fit in the short time they have? Thanks

A: Stability still comes into play for recruits, who will always have a tougher time signing somewhere if they feel the coach might be on his way out. It’s turning into a bit of a silly thing for players to worry about, however, because even if they go to a seemingly stable and safe situation, the numbers say there’s a good chance they’ll be playing for a different head coach or position coach, or at a different school, by the time they’ve exhausted their eligibility. Keeping Helton was definitely a step down the “stability” road, but stability for stability sake usually doesn’t pay off at USC, because the recruits the Trojans are usually chasing are more concerned with the success of the program and getting to the NFL. Recruits like having a longterm relationship with their future coach and knowing he’ll be around, but you’d be surprised how quickly those same recruits can build a strong bond with a new coach if they like his results and the potential they see for themselves under his leadership.

Q: Who will be the next big time recruit to commit to USC and do we have any real shot at flipping Elias Rick’s or picking up a commitment from Bijan Robinson?

A: I don’t anticipate any big-time recruits going USC’s way in the immediate future. I do think a couple big-time guys will wind up in this class, in wide receiver Gary Bryant and linebacker Justin Flowe, but not quite yet. I do think USC has a shot at Elias Ricks, but things will have to go really well on the field this season. I’m less optimistic about Robinson. I’d be surprised if he winds up in this class.

The tough part about predicting recruiting at this point is there are so many unknowns with regard to the team coming off last season. If USC played in the Pac-12 title game last year and you could pencil them in for another 10 or 11-win season this year, the class would be a lot easier to project. As it is, you have to account for so many possibilities of what the trajectory of the program and head coaching situation could be at the end of the year.

Q: Erik, obviously our ability to go up in the recruiting rankings depends on how many rides we have to offer. Do you have a round number that we have to work with, expecting a number of early grads and transfers?

A: There are only eight scholarship seniors on the roster, which would indicate a smaller class than normal. I wouldn’t anticipate very many, if any, early departures to the NFL, but wouldn’t be completely shocked if Tyler Vaughns went after a big year, or one of the third-year running backs breaks out and is projected as a high pick. But the Trojans will definitely lose some players to the transfer portal. That’s just the new reality of college football for every program. Quarterback and placekicker could see some shuffling. I think you could probably target 16-18 and then make adjustments up or down as needed. It might result in some conversations late in the game when a spot doesn’t open, but you can’t recruit for 8-10 spots in a class.

Q: Is the C&G game going to be a full scrimmage with full pads, blocking and tackling? It would be a refreshing change from past Spring Games. I’d like to see the offense and defense actually go through full series’ of downs culminating with TDs, stops, FGs, or turnovers.

A: I wouldn’t anticipate a full scrimmage, but I do think you’ll see some blocking and tackling. Anything resembling a full game would be a change from what we’ve seen out of Clay Helton during scrimmages, and I don’t anticipate him throwing in that kind of significant departure from his usual schedule in the middle of fall camp.

Q: Did Dedich get any work at OG during spring or is the plan to still keep him exclusively at C? Though it’s certainly possible that he could beat out Neilon at C, Neilon looks like he is going to be tough to beat out at C. I would hope that we try to get the top 5 OL on the field, and Dedich looked like a top prospect with a high ceiling when he came to SC. Would be a waste to sit him on the bench if he could compete at another position.

A: I did not see Justin Dedich (photo above) get work anywhere other than center this spring. Things can change in the fall, but we haven’t seen it yet. It would be something of a risk to have your only two legitimate centers on the field at the same time, but Dedich is good enough that I wouldn’t mind seeing what he could do at guard, if indeed Neilon carries on as the starting center.