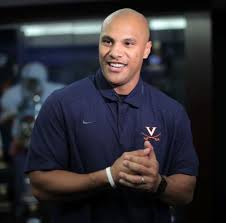 There is also a big USC connection as So’oto is a second cousin of Trojans’ legendary linebacker Junior Seau. So’oto replaces former Trojans’ defensive line coach Chad Kauha’aha’a, who was recently fired after just one year of service for the cardinal and gold.

So’oto was recently named to AFCA’s 35 Under 35 list, which identifies and develops “the next generation of leaders in the coaching profession.”

So’oto’s hiring also allows the Trojans to continue their Polynesian coaching pipeline after the departure of linebacker coach Johnny Nansen, who was especially effective in recruiting players of Polynesian descent. The hiring of So’oto as a young Polynesian coach cannot be underestimated.

When So’oto was hired as the Virginia defensive line coach, he said: “We have this culture within us that we’re trying to spread through to the players of winning, do things right and then playing a smash-mouth brand of football. And that’s what I want. I want to smash people in the most legal way of possible through dominant football and a dominant style of D-line play.”

So’oto’s impact at Virginia has been especially marked in recruiting. So’oto’s defensive linemen have been among UVA’s top signees in recent classes with national top-75 prospect Jowon Briggs the headliner for the Class of 2019 class along with in-state top-20 recruit Ben Smiley. The Trojans are apparently getting another much-needed intense recruiter to add to their recent hiring of defensive coaches.

So’oto joined Virginia as a graduate assistant in 2016 when current UVA head coach Bronco Mendenhall’s staff came to Charlottesville from BYU and took over defensive line duties when previous Cavaliers D-line coach Ruffin McNeill moved to Oklahoma. For the record, So’oto was in Mendenhall’s first recruiting class at BYU.

A young coach with three year’s experience, So’oto had reportedly been in charge of Southern California recruiting for UVA and has been able to employ his own playing experience at BYU and the NFL, having played tight end, linebacker and defensive end for the Cougars with time spent with the  Green Bay Packers, Raider, Redskins, Cardinals, Saints and Steelers before he hanging up his cleats in 2014.

So’oto will have plenty of USC D-line talent to work with when spring practice begins in March. Among the players So’oto, who reportedly brings a very intense coaching style, will have waiting for him are returning starters like All-Pac-12 selection Jay Tufele, Marlon Tuipuloto, and freshman sensation Drake Jackson. Rotational players will include the likes of Brandon Pili and Nick Figueroa. Also, at So’oto’s command will be already enrolled freshman Kobe Pepe, the highly decorated defensive tackle from National Champion Bellflower (Calif.) St. John Bosco High. Summer training camp will bring the arrival two other touted prospects, Tuli Tuipuloto, brother of Marlon, and Jamar Sekona.

The Trojans 2020 coaching staff shapes up as following:

It is expected that Donte Williams will play a big recruiting role – perhaps as recruiting coordinator – when it’s all said and done. There has also been no announcement whether former Trojans’ linebacking legend Chris Claiborne will be joining the program as a grad assistant, which has drawn intense interest from USC followers.