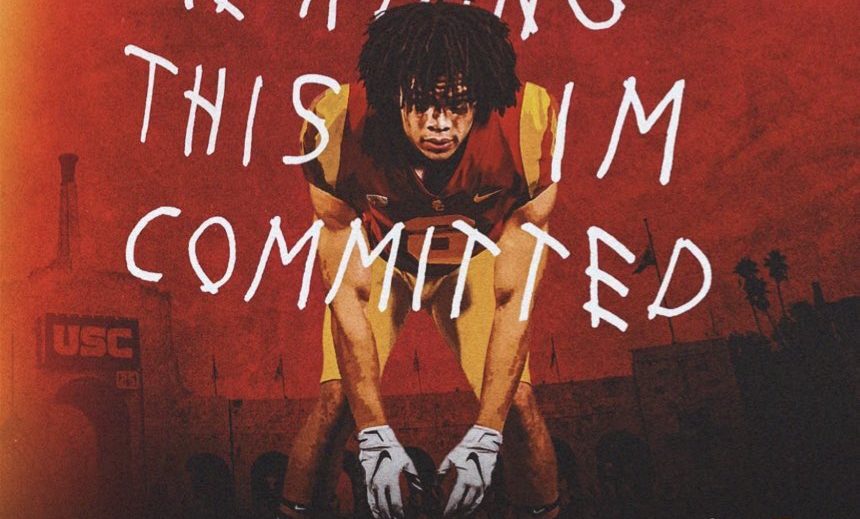 Cornerback coach Donte Williams came to USC with a reputation as one of the best recruiters in the country. At this point, it’s safe to say he’s backing that up.

USC landed a commitment from four-star cornerback Philip Riley (Valrico, Fla./Bloomingdale) on Monday, and the 6-foot, 190-pound defensive back joins a 2021 USC class that already featured two four-star cornerbacks and three four-star safeties. Riley is the nation’s No. 287 overall prospect, becoming the 10th top-300 prospect in this class for the Trojans.

Riley’s recruiting process went a few different directions, as at various points he had Florida State as a leader, was ready to commit to Virginia Tech, and ultimately stood as a Notre Dame verbal commitment from early May all the way through this past Friday, when he announced his decommitment. From there, it was a short wait until he announced for USC on Monday.

“Coach Donte was a big reason seeing what he has done with DBs and who he has produced,” Riley told 247 Sports’ Brandon Huffman. “He has kept it real with me from the beginning and we have a great personal relationship.”

One of the more physical cornerbacks in this class, Riley might offer some positional versatility–as so many of USC’s defensive 2021 commits do–and has the ability to play safety or cornerback at the next level. But his ability in coverage and ball skills make him likely to stick at corner.

He earned his offer from USC back in February, and there is a Pacific Northwest connection between Riley and Williams.

Riley spent his first two years of high school at Lakewood (Wash.) Lakes High School, and Williams overlapped while he was at Oregon in 2018. Riley also played some 7-on-7 and trained with FSP, a program based in Washington that has been home to some of the top West region prospects over the past few years.

USC commit Julien Simon (Tacoma, Wash./Lincoln) is part of that FSP program, as the Trojans are working to build and continue a pipeline there.

Riley is comfortable on the West Coast and has roots here, so this isn’t exactly a matter of USC going across the country to pluck a prospect out of Florida, but it still does show the Trojans’ national reach and ability to do so. USC’s last Florida signee was fellow defensive back Briton Allen in the 2019 class and the Trojans have just two players on the roster to come out of Florida–Allen and defensive lineman Jacob Lichtenstein.

There is every indication Riley will now become a strong recruiter for the Trojans, as he served in that role while committed to Notre Dame. His first target will likely be four-star tight end Michael Trigg (Tampa, Fla./Carrollwood Day), who is down to LSU, South Carolina and USC, and will announce his commitment on Oct. 11.

Riley joins Prophet Brown (Elk Grove, Calif./Monterey Trail) and Jaylin Smith (Mission Hills, Calif./Alemany) as cornerbacks in the 2021 class for USC. The Trojans and Donte Williams are still in pursuit of four-star corner Ceyair Wright (Los Angeles/Loyola) who would likely finish off that position.