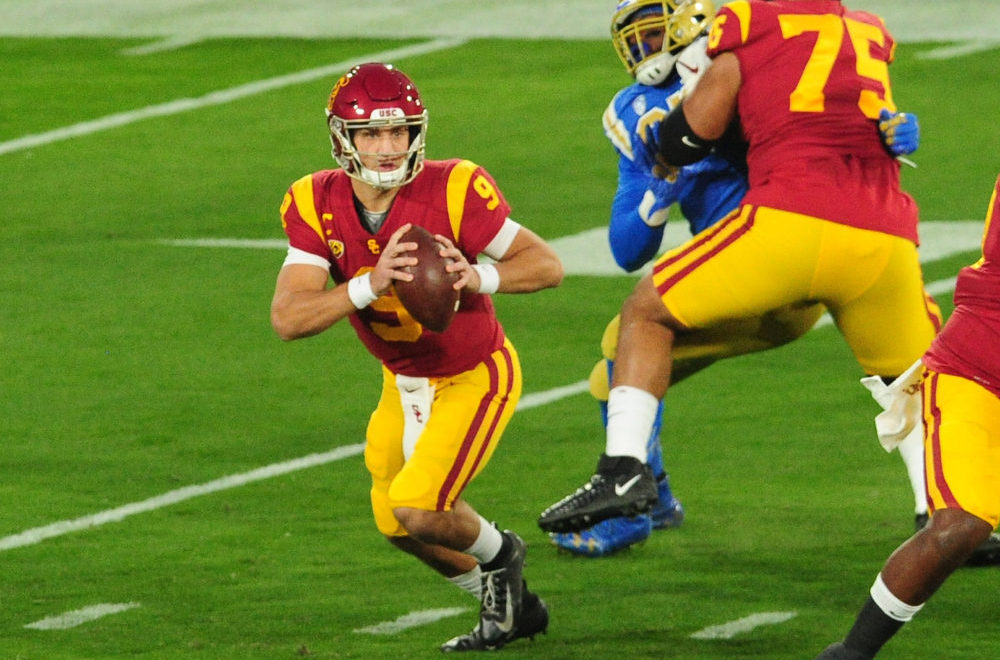 The Pac-12 released its 2021 football schedule this morning, and the USC Trojans now know the slate of games awaiting them as they look for their first conference championship since the 2017 season.

USC will play seven home games and five away games in 2021, as the Trojans will visit Notre Dame and play San Jose State and BYU in the Coliseum in its three non-conference games. In conference play, USC will host Arizona, Oregon State, Stanford, UCLA and Utah, with trips to Arizona State, Cal, Colorado and Washington State. All 12 of USC’s games are scheduled for Saturdays (the first time since the 2009 season), and the Trojans’ bye week comes between games against Utah and Notre Dame in mid-October.

USC opens its season against San Jose State on Saturday, Sept. 4, in a game that originally supposed to be against UC Davis. The game against the Aggies would have been the Trojans’ first game against an FCS opponent. By backing out of that game and instead scheduling the Spartans, a team that went 7-1 last season, the Trojans are still one of just three programs to never play against an FCS opponent.

Once again, USC plays one of the earliest games of the Pac-12 schedule, as the Trojans face the Stanford Cardinal in Week 2, on Sept. 11. These two teams have consistently met early in the season in the recent past as their games later in the season against Notre Dame give them the open week earlier in the year. Last season marked the first time since 1914 that USC did not play either Cal or Stanford in a season.

USC then visits Washington State on September 18, for its first road contest of the season. USC will have played two conference games before eight of the other Pac-12 teams have even played one.

The Trojans then return home to face Oregon State on September 25.

The Mountain teams are up next, with a twip to Colorado on Oct. 2 and then a big home game against Utah on Oct. 9.

The bye week comes after that game against the Utes, as the Trojans will have an extra week to prepare for their road trip against a Notre Dame team that also has a bye before that rivalry game. That USC – Notre Dame game will take place Oct. 23. USC’s three potential cold-weather trips (Washington State, Colorado and Notre Dame) are all scheduled before late October, so there shouldn’t be any major weather games late in the season.

A home game against Arizona on Oct. 30 leads into the final month of the season, with three rivalry games to close the conference schedule.

USC will be on the road for back to back games at Arizona State on Nov. 6 and at Cal on Nov. 13. The Crosstown Showdown against UCLA in the Coliseum is scheduled for Nov. 29.

In a somewhat unusual twist, USC’s final game of the season won’t be a rivalry game, as BYU will visit the Coliseum on Nov. 27. The Trojans will be looking for revenge against the Cougars, after BYU beat USC 30-27 in overtime in Kedon Slovis’ second start, back in early 2019.

USC gets the benefit of missing the two perceived toughest Pac-12 North teams in its crossover games, as the Trojans won’t play Oregon or Washington in the regular season. Ultimately, this looks like an extremely favorable schedule for the Trojans.