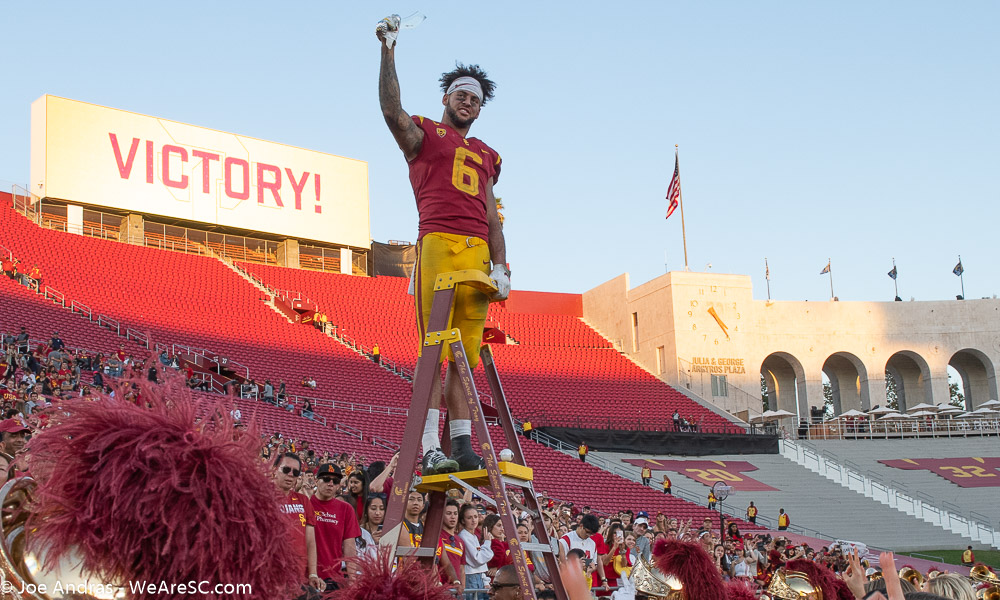 Michael Pittman is set to become the next former USC wide receiver selected in the NFL Draft. Leading into Thursday evening’s first round, the USC Trojans honored Pittman, who leaves USC with 171 career receptions, good for No. 12 on the Trojans’ all-time list.

Second-year wide receivers Drake London and Kyle Ford thanked Pittman for everything he did for them in their one season together. Junior-to-be Amon-Ra St. Brown shared a message as well.

Wide receiver coach and former Trojan wideout Keary Colbert wished Pittman good luck in the draft, where he could go anywhere between the first and third round, but many see him as a “riser” heading into Thursday evening.

“You are now carrying the torch for Wide Receiver University into the NFL,” Colbert said. “Fight on.”

Pittman finished his career with 171 total catches for 2,519 yards and 19 touchdowns. He also added a score on a punt return touchdown. His senior season was phenomenal, as Pittman’s 101 receptions is the fifth-best single-season mark in USC history and his 1,275 receiving yards and 11 touchdowns rank ninth.

Pittman also had two 13-catch games in 2019, which is tied for the seventh-most receptions in one game. His 232 receiving yards against Utah were the fifth-most by a USC player in a single game.

The Trojans could be in good shape in terms of replacing Pittman this fall, as London and Ford, as well as fellow second-year receivers Bru McCoy, Munir McClain and John Jackson III could see increased time. But it’ll take someone or several players stepping up in a big way to match the production and leadership he provided during his USC career.