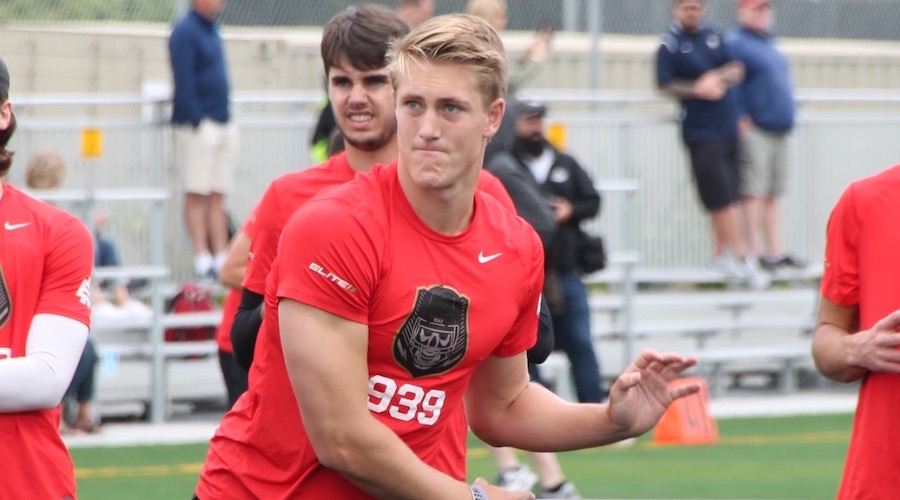 – Had 23 carries for 179 yards and one touchdown in the loss to Monte Vista.

– Had four tackles (3 solo), one tackles-for-loss, one sack and two quarterback hurries in an 84-8 victory over Las Vegas (Nev.) Liberty.

– Caught a 12-yard touchdown pass in the victory over Liberty.

– Caught seven passes for 122 yards and one touchdown in a 35-14 victory over Mission Viejo (Calif.) Capistrano Valley.

– Had two receptions for 28 yards, and he also returned three kickoffs for 79 yards in a 42-28 loss to Bellflower (Calif.) St. John Bosco.

– Caught six passes for 140 yards and one touchdown in the loss to St. John Bosco.

– Had four tackles (3 solo) and one interception in the victory over Mater Dei.

– Completed 21 of 35 passes for 289 yards and two touchdowns with three interceptions in the loss to St. John Bosco.

– Caught one pass for nine yards in the loss to St. John Bosco.