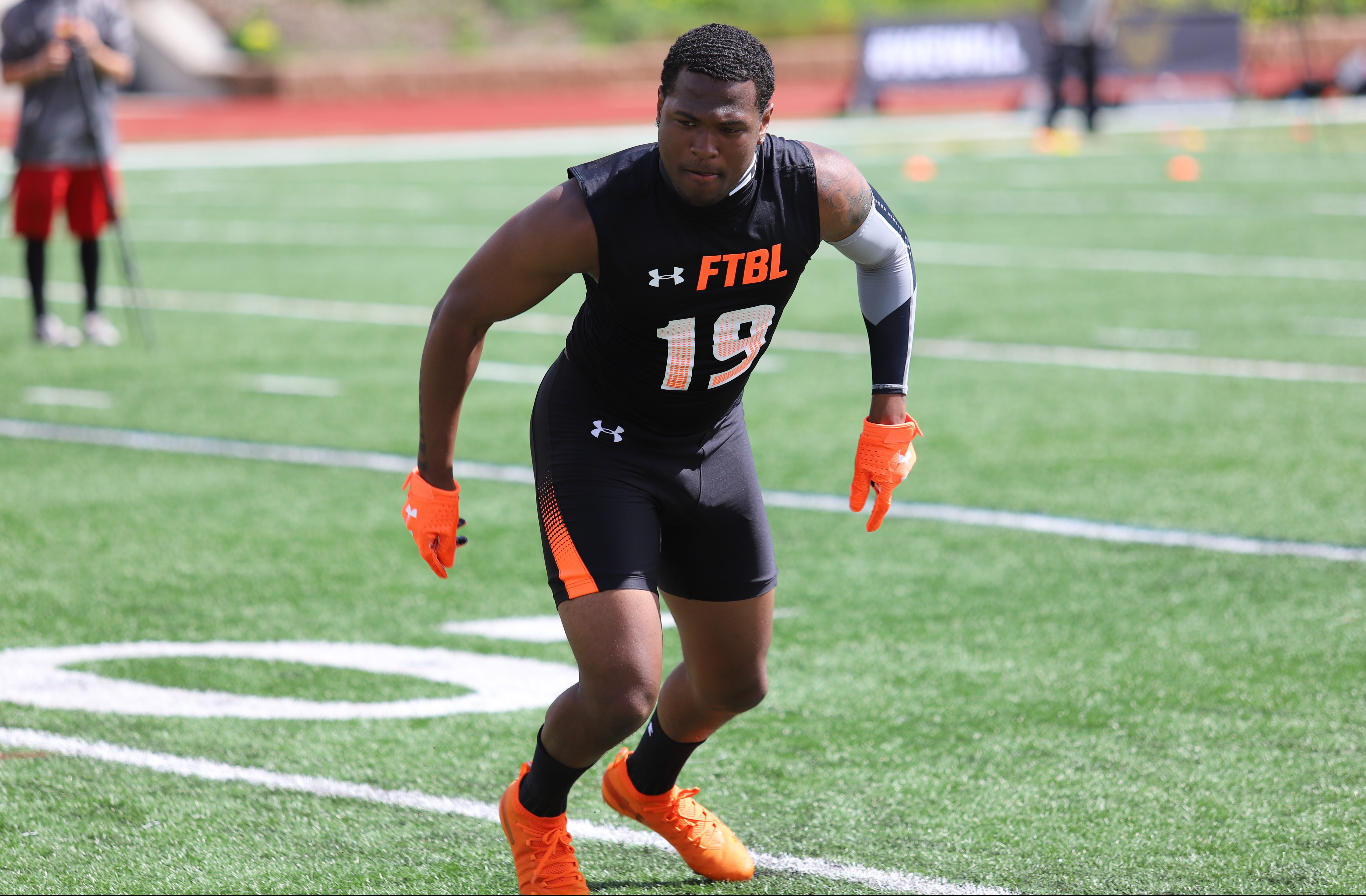 The Trojans made a move at the quarterback position in the 2020 class, will host a top target this weekend and sent out several offers. Plus, we take a look at the Friday night performances from USC’s 2020 and 2021 verbal commitments.

After losing a commitment from 5-star quarterback Bryce Young (Santa Ana, Calif./Mater Dei), who flipped to Alabama, the Trojans ultimately needed to settle on a new target at the position. That pictured became more clear Wednesday night, as USC extended an offer to Washington State quarterback commit Jayden de Laura (Honolulu/St. Louis School). The 6-foot-1, 190-pound quarterback committed to the Cougars in early October and the three-star prospects holds offers from BYU, Hawaii, San Diego State and Western Kentucky. de Laura is a good athlete who shows an ability to make quick decisions in the pocket. While he is lightly recruited, the Trojans have proven they understand quarterback recruiting, and the confirmation from Washington State head coach Mike Leach is another endorsement for de Laura.

It has been extremely quiet on the recruiting front for the Trojans of late, but USC did hand out a few offers over the past couple weeks.

One went to 2021 defensive back Jaylin Smith (Mission Hills, Calif./Alemany), the first offer for the 5-foot-11, 180-pound standout safety. The Trojans also sent an offer to 2021 safety Hunter Barth (Queen Creek, Ariz./Queen Creek), who holds offers from Duke, Iowa State and Washington State. Tight end Jack Pedersen (Murrieta, Calif./Vista Murrieta) has a chance to be one of the top prospects at that position in the 2022 class. He holds offers from Nebraska, Oregon, Oregon State, Utah and USC, after the Trojans offered. Fellow 2022 prospect Tobias Merriweather (Camas, Wash./Union) was one of several Washington prospects in town for USC’s game against Arizona, and the 6-foot-4, 175-pound athlete left with an offer from USC.

USC will have an opportunity to impress a local official visitors this weekend, as cornerback Darion Green-Warren (Harbor City, Calif./Narbonne) will be on hand for an official visit. The Trojans look to be in very good shape for Green-Warren (photo above) at this point, though programs such as Michigan, Michigan State, Nebraska and Oklahoma have also offered. Fellow cornerback Elias Ricks (Bradenton, Fla./IMG) had also spoken during the summer about taking an official visit to USC this weekend. If the Trojans can get him on campus, it could serve as a step toward potentially flipping him from his LSU commitment. At this point, Alabama and Ohio State look like the biggest threats to the Tigers, but the hometown Trojans — Ricks was at Mater Dei before transferring to IMG — will at least be peripherally in the mix until he signs elsewhere.

WR Joshua Jackson Jr. and Narbonne defeated Carson last Friday by a score of 52-3. Jackson had a electrifying night recording 7 catches for 112 yards and 1 touchdown. Narbonne plays home to Banning on Friday.

TE Jack Yary and Murrieta Valley won against Murrieta Mesa last Friday by a score of 73-35. Yary recorded 1 catch for 6 yards in the game. Murrieta Valley plays away to rival opponent Vista Murrieta on Friday

DT/RG Jamar Sekona and Marin Catholic had their bye week this week and play away to Tamalpais this Friday.

DT Kobe Pepe and St. John Bosco couldn’t quite keep up with Mater Dei last week, and the Braves will close out their regular season against Santa Margarita. Ultimately, a rematch against the Monarchs likely looms in the playoffs.

OT/DL Andres Dewerk and Los Gatos defeated Palo Alto by a score of 29-22 last Friday. Andres played both sides and he secured 2 total tackles and 1 quarterback hurry on the stat sheet. Los Gatos has their bye week this week and plays away to Mountain View on the 8th.

OT/OG Andrew Milek and Brophy College Prep defeated Basha of Chandler by a score of 21-6. Milek bashed open holes for his running back all night as BCP secured the victory.

OT Joey Wright and Bishop Monague continued their win streak last week with a big performance against Galena, defeating the team 55-13. Wright and the offensive line had no trouble moving the sticks as they marched all over the opposing team. Bishop Monague plays away to Rooster this Friday.

OG Kyle Juergens and the St. Margaret Tartans defeated Webb School of Claremont last Friday by a shutout score of 56-0. Juergens led the offensive line as the offense could not be stopped all night. St. Margarets plays away to Capistrano Valley Christian on Friday.

C Jonah Monheim and Moorpark lost for the third straight week to Bishop Diego last Friday night. Moorpark was outgained in the mostly defensive match despite Monheim and offensive line creating room for 148 rushing yards and 2 touchdowns on the ground. Moorpark looks to rebound when they play home to Newbury Park on Friday.

QB Jake Garcia and the Narbonne offense threw all over Carson last Friday night as they dominated the team 52-3. Garcia showed off the long ball with a 43 yard toss on a 420 yard night with a completion percentage of 74% and 3 touchdowns. Narbonne next opponent is Banning at home on Friday.

OLB Ma’a Gaoteote and St. John Bosco were defeated by Mater Dei by a score of 38-24 in a matchup that is sure to happen again the playoffs. Gaoteote was largely neutralized on the night recording 1 solo tackles and 2 total tackles. Bosco plays home to Santa Margarita this upcoming Friday.

DT Jay Toia and Grace Brethren were defeated by a strong Sierra Canyon team by a low score of 13-7. In the defensive outing, Toia had himself a night and recorded 4 solo tackles, 6 total tackles, and 2 sacks. Grace Brethren faces off away against Camarillo this Friday.

WR Velltray Jefferson and the Edison Tigers won their matchup Fountain Valley last Friday by a score of 56-7. Edison faces off against Newport Harbor this Thursday.