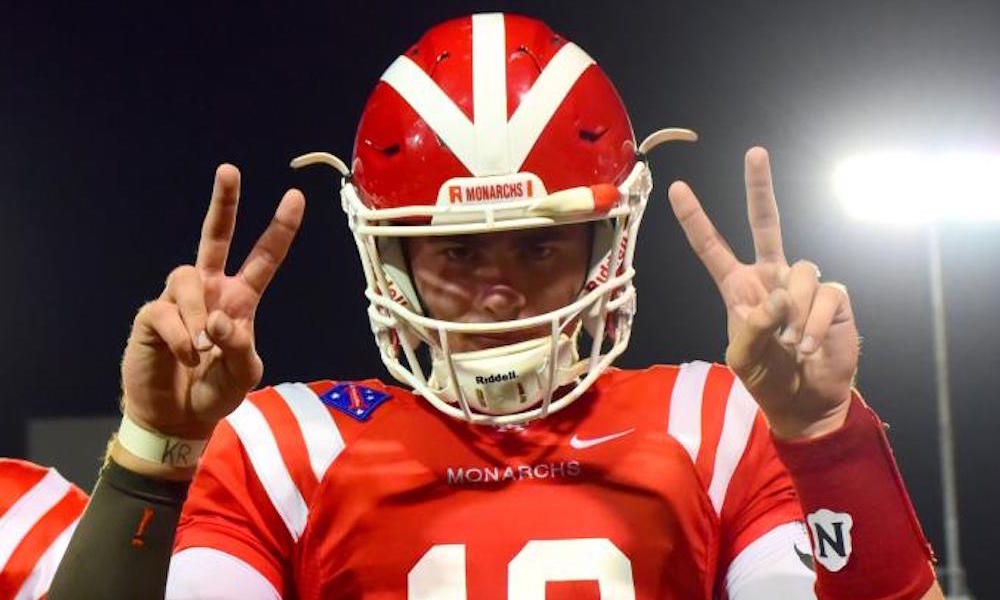 This offseason, we’ll take a look back at some of the recruiting classes that make up this 2021 USC football roster in the Recruiting Review series. It started with the 2017 recruiting class, and now moves to the 2018 group, taking a look at what kind of production USC has gotten out of its recent recruiting classes, as well as the hits, the misses and some what-ifs.

West Coast domination. USC signed the top four California prospects and five of the top six, as well as the top prospects from Hawaii, Nevada and Oregon, and the top juco prospect in California. Those players were St. Brown, Gaoteote, Daniels, Griffin, Isaac Taylor-Stuart, Devon Williams, Talanoa Hufanga, Kana’i Mauga and Caleb Tremblay. It’s really tough to find many faults with this class when viewing it through the lens as it was being put together. Daniels reclassified from the 2019 to the 2018 class and was a huge recruiting win. St. Brown and Gaoteote were massive additions.

Of the 15 players with 2021 college eligibility remaining from this recruiting class, seven of them won’t be suiting up for USC this fall. That includes Gaoteote, Daniels, Williams, Abdul-Malik McClain, Markese Stepp, Trevor Trout and Tremblay. That’s three of the top six players in the class and all three of the defensive linemen signed. That means that of the eight defensive linemen signed in the 2017 and 2018 classes, only two (Hunter Echols and Jacob Lichtenstein) will be on the field for the Trojans this year.

Will Solomon Tuliaupupu ever play? California’s No. 10 linebacker and a major addition in this 2018 class hasn’t played a snap for the Trojans and hasn’t even really participated in many practices after dealing with foot and knee issues. The talent is undeniable, but there have to be questions surrounding just how effective he can be at this point after so much time away and so much stress on his lower body. If he can be healthy and contribute this season, to any degree, there will be plenty of cause for celebration considering what he’s come back from.

The other question is with Taylor-Stuart. His athleticism was off the charts as a high school recruit, but it hasn’t led to a lot of production or consistent playing time at USC. He’s in prime position to lock down a starting cornerback spot this fall, and a big season for him would alter the view of this class a bit in a more positive light. Six of the top eight players in this class are no longer at USC, so it’s up to Tuliaupupu and Taylor-Stuart to carry the load now.

At the time, landing Gaoteote, Tuliaupupu, Mauga, Raymond Scott and Eli’jah Winston felt a bit like that 2005 class, with Rey Maualuga, Brian Cushing, Luthur Brown and Kaluka Maiava. The production has been nowhere near the same, but that would have been really difficult to predict when that group of five was announced.

After signing five offensive linemen in the 2017 class, the foot came off the pedal at the position here and the Trojans are still struggling to make up for it. USC signed just two linemen in this class in Justin Dedich and Liam Douglass. Neither have become starters, though both are key backups and both could be in position to see significant snaps this fall. But landing just two offensive linemen was not enough at the time, and that’s only been made more clear as the standout 2017 prospects head to the NFL and there are few experienced options to take their place.

With the exception of the offensive line, it’s tough to find much fault in the players taken. A few what-ifs deal with that loaded linebacker position. There were so many good prospects and guys taken, but local standout Merlin Robertson made the trip from Gardena (Calif.) Serra to Arizona State, where he became an immediate impact player and is now one of the conference’s best defensive players. It turns out that he would likely have been a significant addition for USC.

The offensive line is the big one though. USC chased top targets in Jackson Carman and Penei Sewell to the end, but Carman signed with Clemson and Sewell chose Oregon. Carman was a second-round pick in the most recent NFL Draft, while Sewell went in the first round. Getting either of those guys would have helped solidify the USC offensive line along with Austin Jackson and Alijah Vera-Tucker.

The wide receiver what-if is interesting as well. Ohio State standout receiver Chris Olave was a three-star Southern California prospect and a guy the USC coaches offered and liked. But without a need for significant numbers at the position, and chasing both St. Brown and Williams — two local five-star prospects — the numbers dictated that Olave probably wasn’t an absolute necessity. And it’s not as if he was picking a C or D option with Ohio State on the table. Now, Williams is suiting up for Oregon and Olave is in discussions as the best wide receiver in college football.