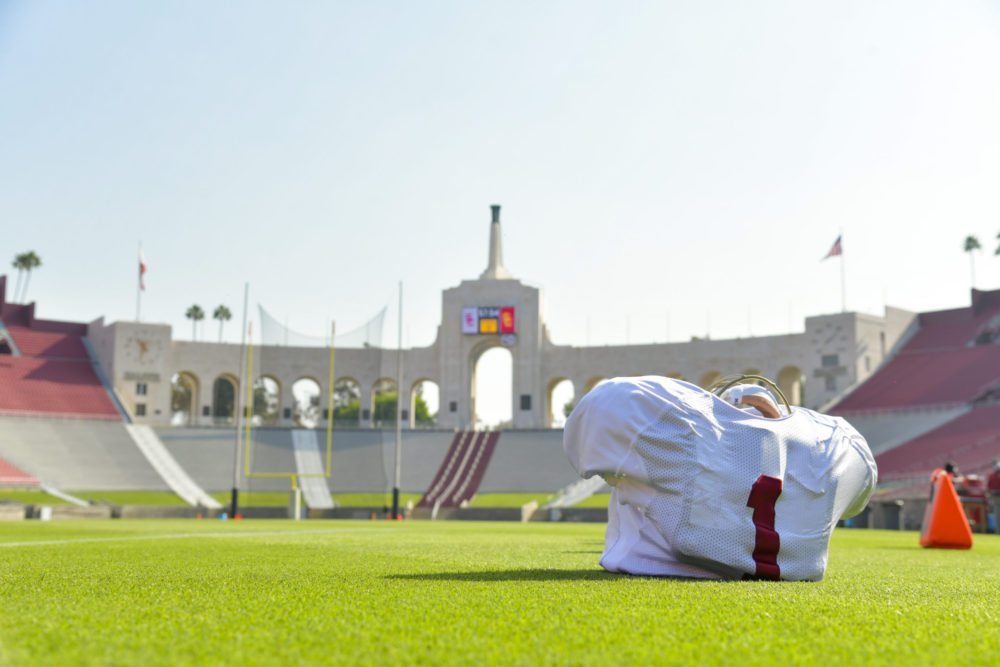 USC made a major statement in the Name, Image, and Likeness space on Thursday morning, as the Trojans announced an alliance with J1S to launch BLVD Studios, which will “provide resources, education, and strategy to help student-athletes build, promote, and leverage their brands and maximize their market value.”

USC announced the partnership in a press release.

J1S is familiar with the space, having previously partnered with Georgia Tech and Oklahoma.

NIL is a huge topic for college athletes and prospective recruits, as it allows players to earn income based on their name, image and likeness. Programs are preparing now for that legislation to come through in the coming months, and USC is one of the programs getting ahead of the game here.

USC is in a unique position compared to other programs, as Los Angeles is the biggest media market home to a major college athletic program, and Trojan football players will now have an opportunity to build their brands behind a push from an all-star cast. The J1S team will join forces with USC’s creative team, which recently had a huge influx of talent as well, as videographers Will Stout and Jacob Brown have joined graphic designer Alex Verdugo.

J1S founder and CEO Michael Calvin Jones said of the USC partnership: “The alliance with USC Football sets a new standard by placing one of the most iconic programs at the forefront of innovation, all while sitting in college football’s media capital. The potential is limitless.”

Earlier this year, USC Athletics announced a partnership with INFLCR, which support brand development by easing content distribution. Now, BLVD Studios projects will be part of that content.

Former USC wide receivers Juju Smith-Schuster and Michael Pittman have gathered massive subscriber numbers on their YouTube channels and several current Trojans have the potential to do the same. When final NLI legislation is ultimately revealed, those Trojans with brands that lead to high subscriber or follower counts, will be able to benefit monetarily while still in school. It could also lead to other opportunities, such as autograph sessions, paid camp appearances or sponsorships.