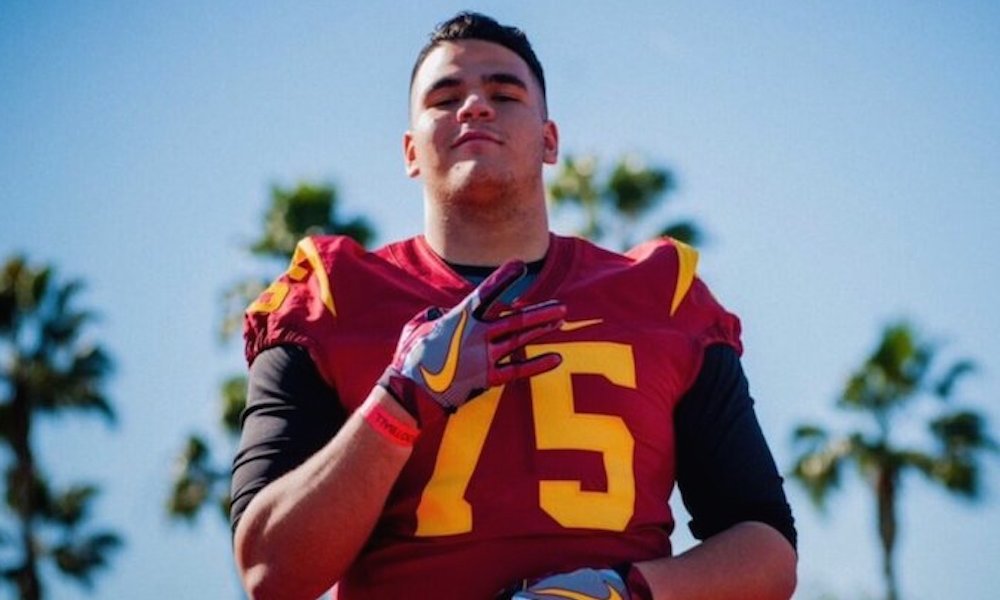 The Trojans have been slow out of the blocks when it comes to verbal commitments in the 2019 class, but Sunday evening’s pledge from offensive tackle Jason Rodriguez should once again show USC fans that there is very little to worry about with head coach Clay Helton and his staff on the recruiting trail.

Rodriguez, ESPN’s No. 11 offensive tackle and No. 85 overall prospect, is just the second commitment for USC in the 2019 class, but it’s a huge addition, literally—Rodriguez is 6-foot-6, 326 pounds—and figuratively, as there is no more important position in this class than offensive line.

This time, USC must ensure that this most recent two-man class won’t have the same effect, and it looks as though Helton and staff have a plan. The coaches knew that the answer to missing on Sewell wasn’t simply adding a body to the 2018 class. It was riding their success in the 2017 class—five offensive linemen who all look like potential contributors—and masking the 2018 dip with what has to be a huge 2019 haul.

Rodriguez is the first big recruiting win of the 2019 class, considering Oregon was making a strong push and he announced his commitment to USC seemingly minutes after returning from the Ducks’ all-out spring visitor’s weekend.

Not only is Rodriguez a local addition who held offers from much of the Pac-12 as well as Notre Dame, he is a prospect who has a chance to stick at offensive tackle—an important distinction considering Andrew Vorhees and Alijah Vera-Tucker have both moved inside after being listed as tackles as recruits.

Now, USC coaches will go to work on the rest of the class, with the offensive line front and center. There is a nice group of four out West that the Trojans have targeted early, with Rodriguez joined by fellow offensive tackles Sean Rhyan (San Juan Capistrano, Calif./San Juan Hills), Jonah Tauanu’u (Harbor City, Calif./Narbonne), and Enokk Vimahi (Kahuku, Hawaii/Kahuku). Those names, along with a few out of state standouts who show significant interest, as well as a local late-bloomer or two who could emerge at a summer camp or later this fall, will go a long way toward determining what kind of success USC sees along the offensive line in this class, and indeed, the future of the program in the years to come.