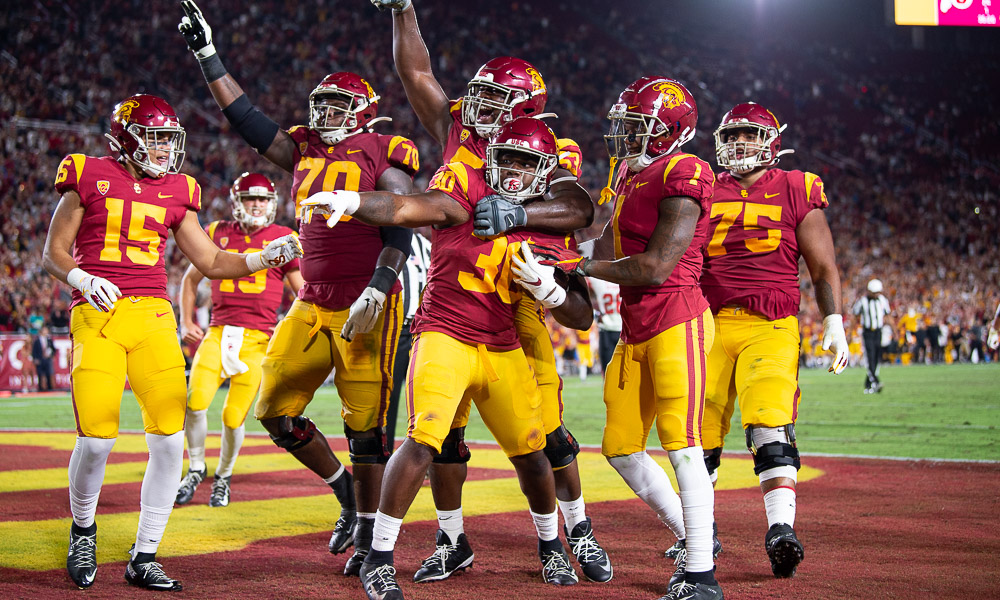 If there is actually a USC football season this year, it won’t take place in 2020, so consider Monday’s AP Poll a pre-pre-preseason poll when it comes to the Trojans. Despite several conferences announcing they won’t play football this fall, AP voters were allowed to include teams from the Big Ten, Pac-12 and Mountain West in their preseason polls. Three Pac-12 teams were listed among the initial Top-25, with the Trojans coming in at No. 17.

The Pac-12 was led by Oregon at No. 9 and also had Utah coming in at No. 22. Arizona State, Cal and Washington were all among those receiving votes. In the 2019 preseason AP Poll, USC received one vote, which was tied with Arizona and actually fewer than Fresno State, USC’s season-opening opponent.

Last season was the first time USC wasn’t listed in the preseason AP Top-25 since the 1998 season.

The Trojans are expected to field a potent offense if they are able to participate in any games this coming spring. Quarterback Kedon Slovis returns after a phenomenal freshman season and will look to potentially establish himself as a true Heisman Trophy candidate as early as this year or perhaps in 2021. The backfield returns four talented runners–all with experience after true freshman Kenan Christon was forced into action last season. And the wide receivers are again among the nation’s best, with Tyler Vaughns looking to set the USC career record for receptions and Bru McCoy looking to make a mark after a year of health struggles.

There will be questions along the offensive line, where the Trojans must replace both starting tackles. And defensively, USC will be without standout defensive tackle Jay Tufele, who recently announced he would be opting out of this season in order to prepare for the 2021 NFL Draft. There is still some optimism for the defense, however, as it adjusts to a new attacking scheme led by defensive coordinator Todd Orlando. Outside linebacker/defensive end Drake Jackson returns after a standout true freshman season, and there is plenty of experience in the back seven to make it possible for that unit to make a quick transition.

The top six of the AP Poll looks very familiar, as Clemson leads the way with 38 first-place votes, followed by Ohio State, Alabama, Georgia, Oklahoma and LSU. USC lost two top-10 opponents from its 2020 schedule when the Pac-12 decided to drop non-conference games from the schedule, as Alabama was No. 3 and Notre Dame checks in at No. 10.