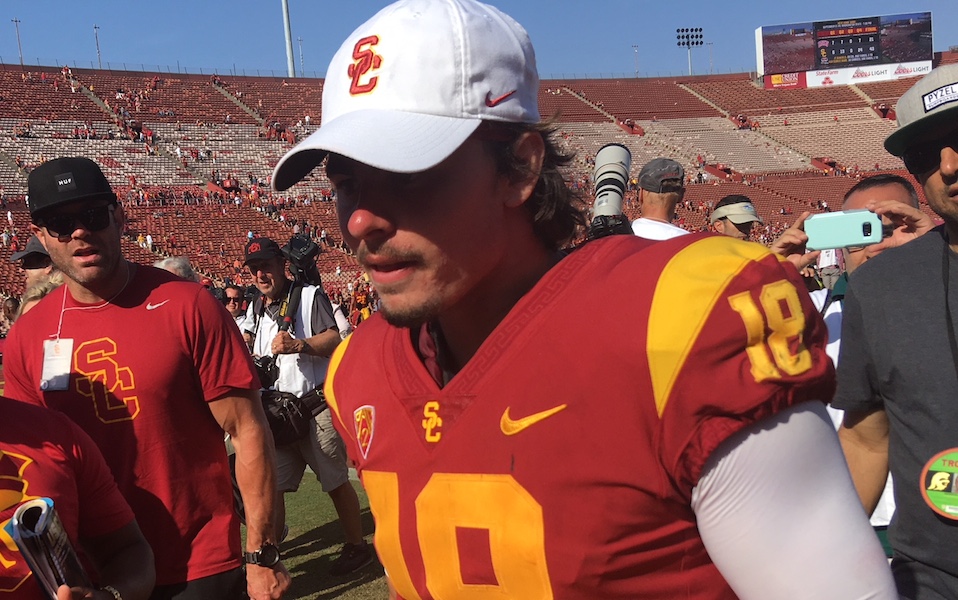 It wasn’t the prettiest of wins but in the end it was a 22-point victory season opening victory for the Trojans on a day when the debut of freshman quarterback JT Daniels created the buzz for USC fans.

Daniels did his part by completing 22 of 35 passes for 282 yards and a touchdown, and those numbers could have been even better if not for some uncharacteristic drops by his veteran receivers early in the game. As time went along JT turned to a familiar face in his former Mater Dei teammate Amon-Ra St. Brown, who contributed seven catches for 98 yards and a touchdown, a 43-yard effort that helped break the game open on the first play of the fourth quarter.

We also saw the Trojans put together a balanced running attack with all three running backs – Aca’Cedric Ware, Stephen Carr and Vavae Malepeai – contributing to a 200-yard rushing day as a team. Ware led the way with 100 yards on 10 carries and a touchdown, Carr had 57 yards overall including a 40-yard dash, and Malepeai had two touchdowns on the day.

Defensively the Trojans were led by Cameron Smith and Isaiah Pola-Mao with 7 tackles each, with Smith adding a sack and two tackles for loss, while Pola-Mao had a forced fumble on the opening UNLV drive. Porter Gustin recovered that fumble and also added 1.5 sacks.

One of the highlights of the day was the play of the special teams as Chase McGrath tied a USC record by hitting on 5-5 field goals, freshman walk-on Alex Stadthaus hit 7 of his 10 kickoffs into the end zone, and Stephen Carr returned a kickoff 73-yards.

If you’re looking for things to work on, the Trojans gave up a long run on a fake punt, had two shanked punts from a veteran in Reid Budrovich, and gave up over 300 yards rushing to the Rebels against a veteran USC defense.

The Trojans start the season 1-0 and head to Stanford next week to open Pac-12 play.