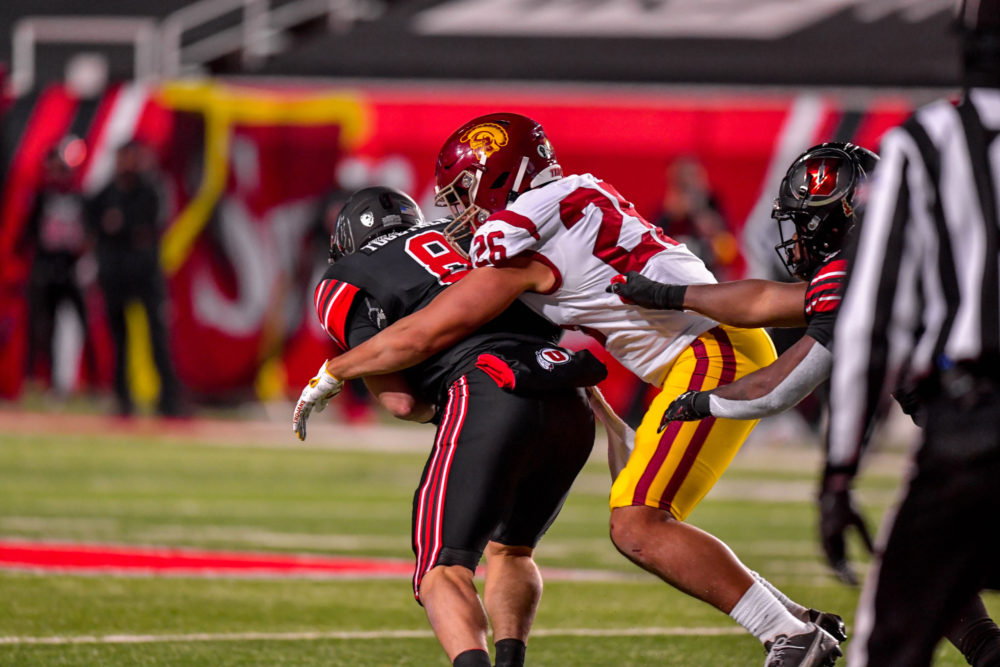 USC has been dealing with a depleted linebacker position dating back to before the start of the season, as the Trojans lost Jordan Iosefa and Solomon Tuliaupupu. USC was challenged last week as the Trojans took on a run-first Utah team without starting inside linebacker Palaie Gaoteote. On Monday, USC practiced without both Gaoteote and Ralen Goforth, as Goforth suffered a foot sprain against the Utes.

With Gaoteote still in concussion protocol dating back to an injury he sustained against Arizona, and Goforth sidelined with a foot issue, USC used Kana’i Mauga and Raymond Scott at inside linebacker with the first team during Monday’s practice.

“Right now we’re trying to figure out exactly what to go with this week,” head coach Clay Helton said. “We’ll see how the week progresses.”

Redshirt freshman Tuasivi Nomura has been available at inside linebacker as well, but those are the only three that Helton has mentioned if both Gaoteote and Goforth can’t go.

Linebacker Tayler Katoa has been dealing with achilles tendinitis and Helton said he doesn’t see him being available this weekend. USC is also without Eli’jah Winston and Juliano Falaniko as they deal with ankle injuries that could keep them out for the year.

Mauga and Goforth were terrific against Utah’s rushing attack, as the two combined for 23 tackles. Colorado will be another test for the linebackers, as the Buffaloes have averaged 220 rushing yards through their first two games. Running back Jarek Broussard has run for 308 yards and three touchdowns in two games. Scarier yet for the Trojans, Colorado has a big-time run threat at quarterback in Sam Noyer, who has run for 100 yards and three scores of his own.

Colorado spreads the field more than Utah does, so Helton believes Scott might actually be the better option against the Buffs.

“He’s the hybrid linebacker/safety that is very athletic in space,” Helton said of Scott, who played last season and began this season at safety. “Ray has been productive in the opportunities he’s been given.”

With linebacker depth looking thin, this could be another game where the USC defensive line needs to step up in a big way.