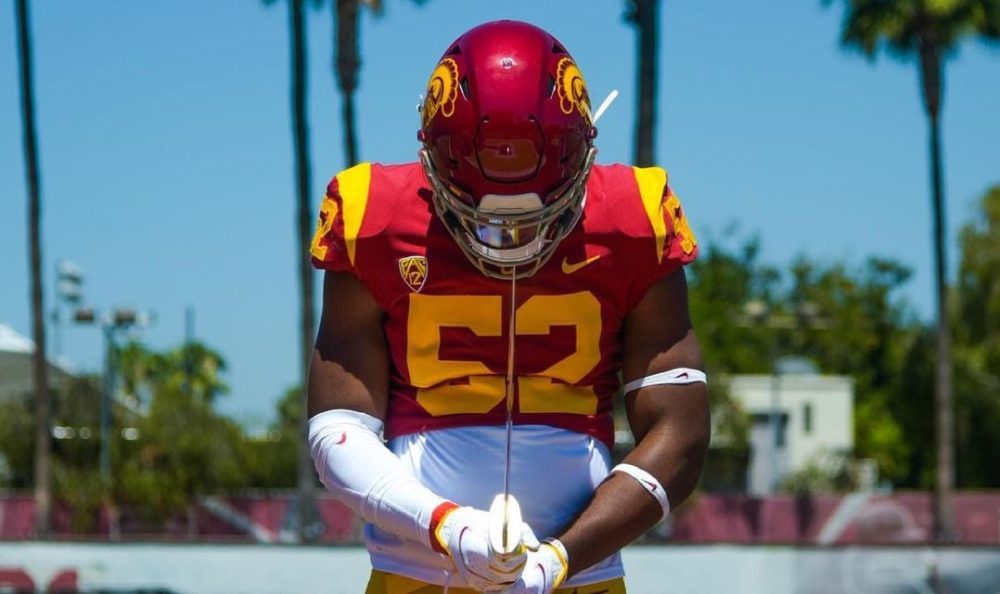 Just three schools remain in the mix for four-star edge defender Anto Saka (Towson, Md./Loyola Blakefield), who dropped his list of finalists on Saturday, one week before his scheduled commitment date of July 17.

Saka is the No. 330 overall prospect and No. 16 edge defender, and has been a major out-of-state target for the Trojans with USC looking to land another Maryland defender after signing defensive lineman Colin Mobley out of Hyattsville (Md.) DeMatha Catholic in the 2021 class.

Northwestern, Penn State and USC are the schools still alive for the 6-foot-2, 230-pound linebacker/defensive end, who took June official visits to all three of those programs. Northwestern received the first visit and the Wildcats are definitely seen as the team to beat at this point.

Saka is a wrecking ball off the edge, displaying the kind of “run and hit” mentality the USC defensive staff is looking for in a prospect. There will be some conversation about whether he is best suited to play defensive end or linebacker, and his physical maturation will likely play a role there, but he’s a guy who could make an impact at either spot.

The Trojans are on the board at defensive end in a big way, with the commitment from five-star Mykel Williams (Columbus, Ga./Hardaway). Saka and fellow four-star prospect D.J. Wesolak (Boonville, Mo./Boonville) appear to be two of the major out-of-state targets at that hybrid outside linebacker/defensive end spot manned by Drake Jackson right now.