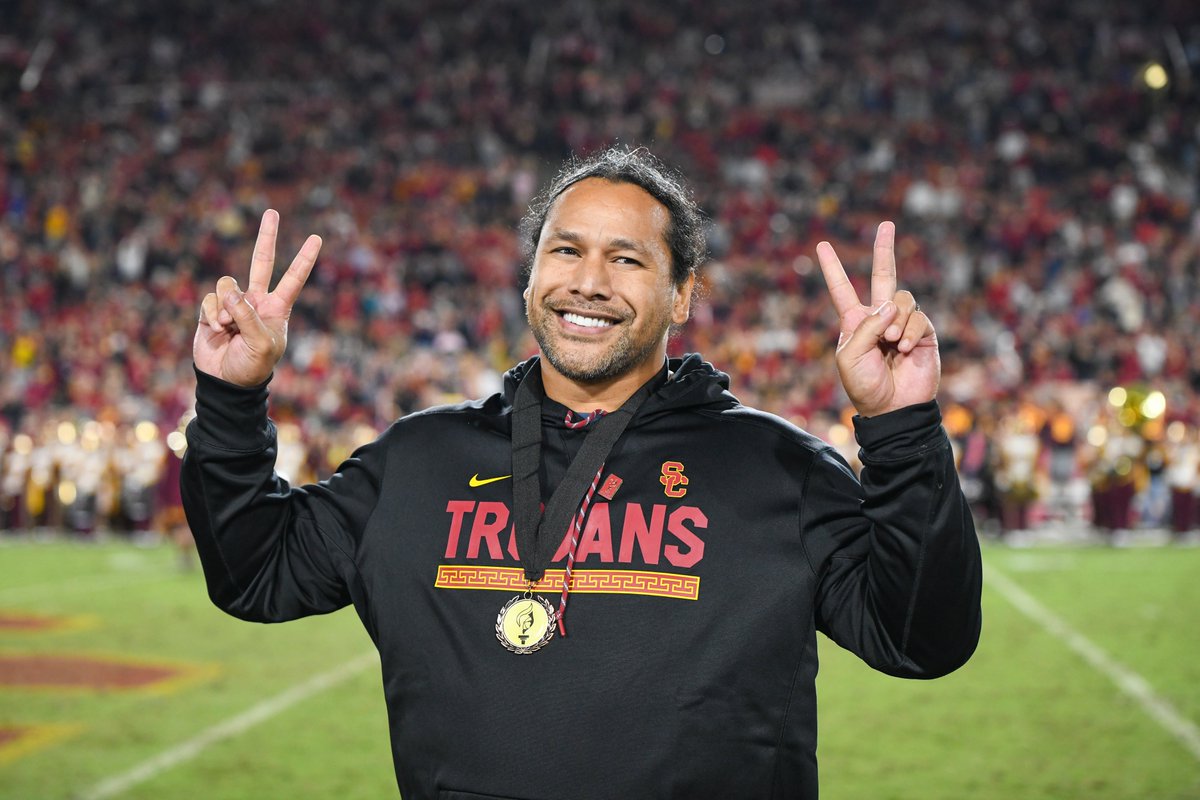 Former USC Trojans two-time All-America safety Troy Polamalu, who spent his entire 12-year professional career with the Pittsburgh Steelers, has been elected to the Pro Football Hall of Fame in Canton, Ohio.

Troy, who was an eight-time Pro Bowl selection and the NFL Defensive Player of the Year in 2010, was in his first year of eligibility for the Hall of Fame. Players must be retired for at least five years before they are eligible.

“Honestly, it’s just surreal,” Polamalu told the Steelers’ website. “I really feel surreal. I’m very thankful for all my teammates. This truly is a tribute to them. And I feel honored and unworthy of this, to be honest.”

“Troy was the kind of player who was able to impact the outcome of games from his safety position,” Steelers president Art Rooney II said in a statement. “And he did it with uncanny instincts that made it almost impossible for opposing offenses to predict where he would be.  Troy was truly a playmaker every time he stepped on the field, and we couldn’t be happier for him.”

One of the hardest hitters in pro and college football history, Polamalu came to USC as a “3-star” prospect out of Tenmile, Oregon (Douglas High) and was not considered at the time a “big time” prospect, although he did receive a number of post-season honors for his prep work. His senior season at Douglas High, Polamalu played in just four games due to injury.

Back in 1999, former Trojans head coach Paul Hackett took a chance on Polamalu at the recommendation of his running backs coach Kennedy Polamalu, who was Troy’s uncle, and the rest is history. Thanks to Pete Carroll’s arrival as head coach at USC in 2001, Polamalu fit perfectly into Carroll’s schemes and was instrumental in laying the early groundwork for what turned out to be, under Carroll, a Trojans dynasty.