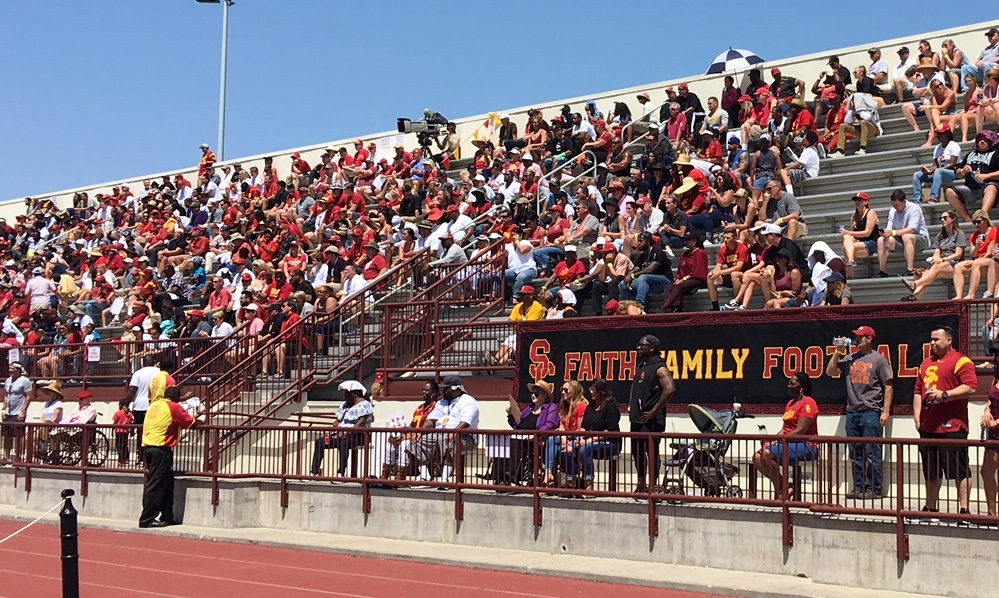 The Trojans wrapped up the 2018 spring ball sessions today with a 90 minute practice session that featured team drills and positional work on a warm afternoon at Cromwell Field.

Clay Helton had said prior to the day that there would be no live scrimmaging but there was some hitting in the drills, along with a lot of mixing and matching particularly on defense with several starters being held out.

There were a couple runs early by Vavae Malepeai (one where he got down the right side) but an early fumble by Ware, who came right back with a nice run down the left side. Fink completed a pass to Josh Falo in the flat, Josh also had a drop but this was one of his better days of spring. Tyler Vaughns went up high to make a nice grab of a pass on the left sideline.

After a break for more position work, a final 11 period was held that featured a couple nice runs from Fink, including a touchdown. Erik Krommenhoek had a catch.

“I thought the quarterbacks were efficient today, we got the ball to our RB’s and TE’s and that was the game plan. And thankfully we got through the day injury-free. At quarterback, I would say we need to improve on our decision making and accuracy, especially downfield.”