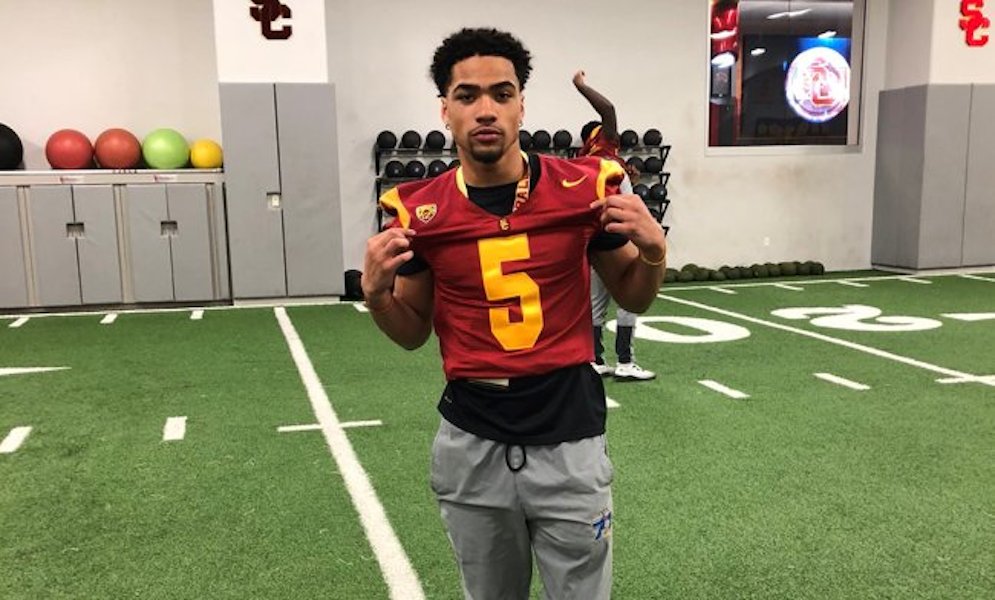 The decision came quickly for Davis, who worked out in front of USC DB coach Ronnie Bradford on Wednesday and then received an offer from Trojan head coach Clay Helton. He wasted no time in accepting via a post on his Twitter account.

This for you POPS RIP?? pic.twitter.com/qMuF9QNU1S

Davis (6-0, 185) is a 3-star recruit by 247, and #142 CB, but does not have a composite ranking. His previous reported offers were from Portland State and Sacramento State.