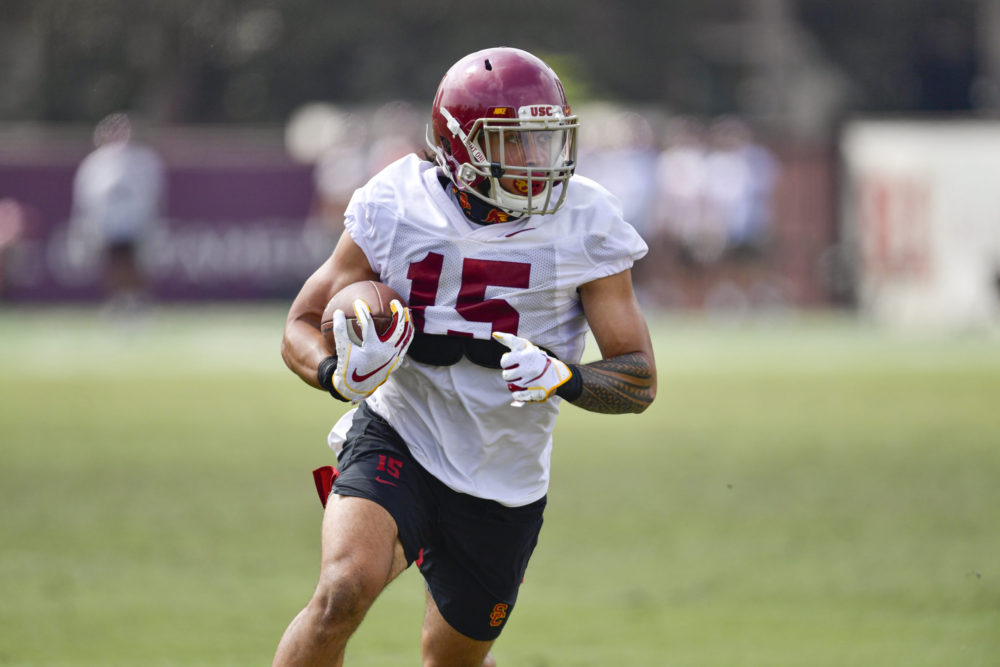 The honors continue to roll in for USC safety Talanoa Hufanga, as he was named the Polynesian College Football Co-Player of the Year on Tuesday. Hufanga shared the award with BYU quarterback Zach Kapono Wilson, as the two were among the national standouts of the 2020 season.

Hufanga led the USC defense with 62 tackles, four interceptions and two forced fumbles in just six games. He recorded those four interceptions in four-consecutive games and finished the regular season with a 17-tackle performance against UCLA.

Hufanga adds this honor to earlier ones he received, including being named the Pac-12 Defensive Player of the Year as well as a consensus First-Team All-American.

It’s full circle for Hufanga, who also won the inaugural Polynesian High School Player of the Year award in 2018.

USC has a long history of talented Polynesian players, but this is the first Polynesian College Football Player of the Year Award given to a Trojan, though the award has only been given since 2014.