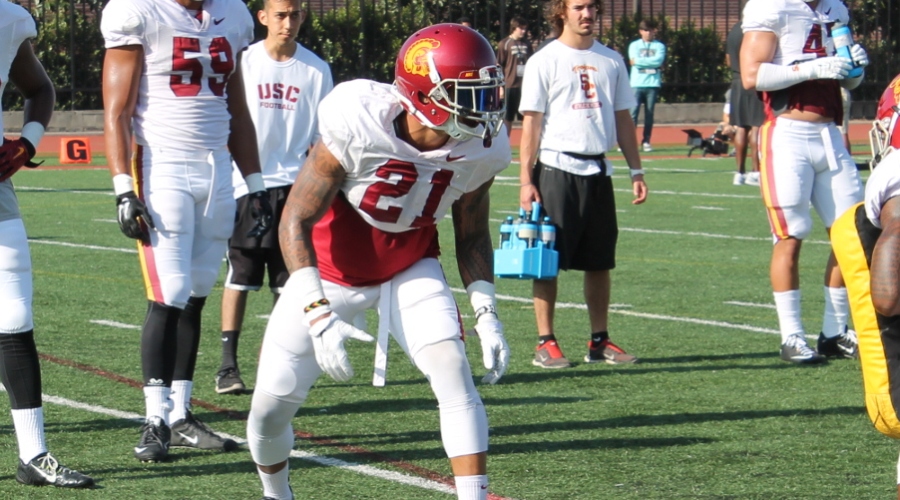 If we’ve learned anything this spring about the USC linebacker group it’s that there should be plenty of options available by the time the season rolls around.

There is certainly the known quantity in Su’a Cravens at the strongside linebacker spot, a physical talent who is still pretty new to the position. Cravens was originally a safety who was moved to the hybrid OLB-S role at the start of last season and had to adjust on the fly. The results were good but linebacker coach Peter Sirmon thinks they can be even better now that Su’a will have a full off-season to master the details of the position.

“He’s grown impressively this spring,” Sirmon said. “Instinctually he’s always had it but now it’s a matter of learning the technique. I think you’re going to see that result in a whole new consistent level of production.”