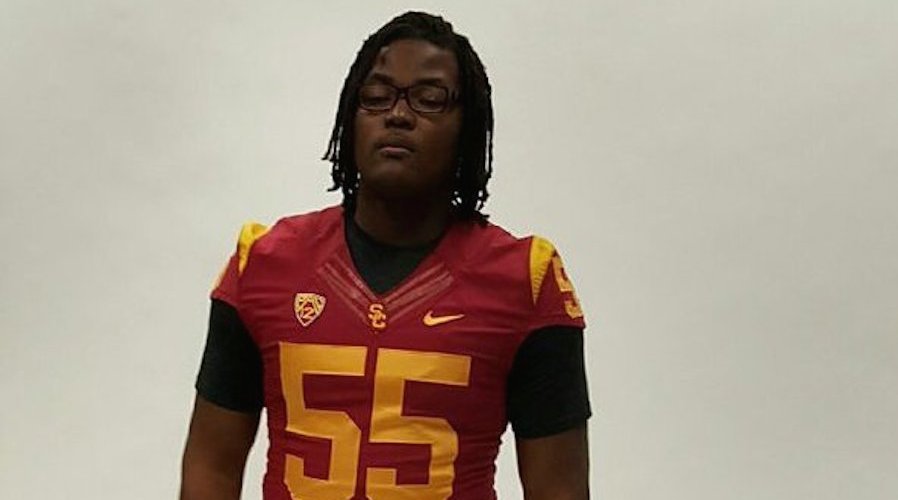 The Trojans held the first major recruiting weekend of 2016 with several top prospects on hand, including the top ranked prospect in the nation in DT Rashan Gary (photo above).

Gary and his mother made the trip from New Jersey and the feedback was consistently positive. She texted a local Jersey paper to say USC was a “game-changer” and she gave a more thorough recap of the visit to Tom VanHaaren of ESPN (ESPN Insider story).

Trojan tight end commit Cary Angeline was impressed by his visit to the university and all it had to offer.

Jordan Iosefa captured his arrival, and was later told his position coach at LB will be Johnny Nansen.