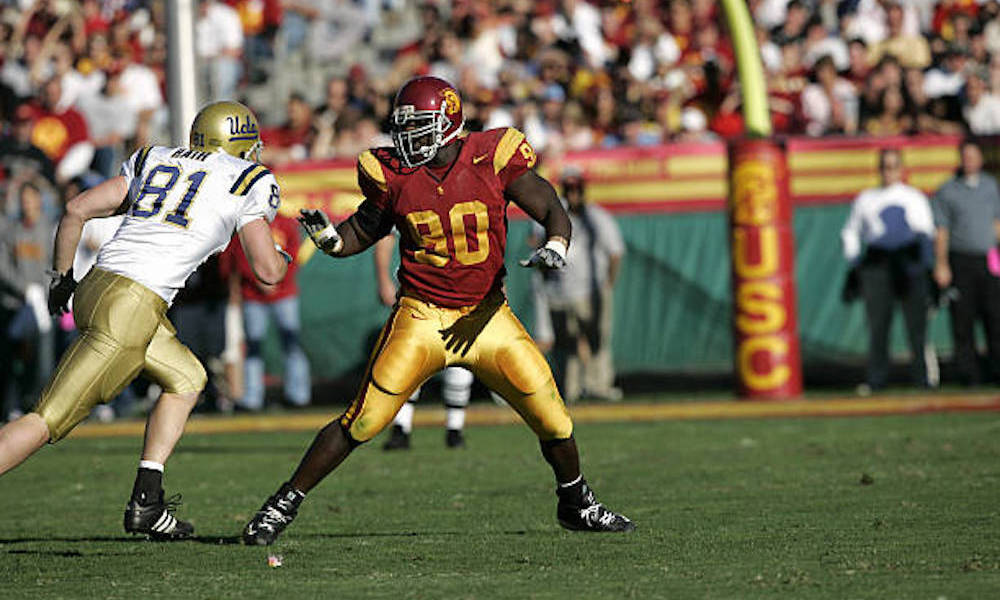 From 2003-05 the USC Trojans went on one of the great runs in college football history, one that included a 34-game win streak, a pair of national titles and a Vince Young scramble away from being the first team ever to win three in a row.

There were stars a plenty on that team, including two Heisman Trophy winners, but it hasn’t been Matt Leinart or Reggie Bush who has outlasted all the other contributors from that three-year run, instead it has been defensive end Frostee Rucker, with the news today that Rucker has signed with the Oakland Raiders for a shot at his 13th season in the NFL.

Rucker, who has had stops in the league with the Bengals and Cardinals, signed with Oakland because he said he wants to play for a team with a shot at the Super Bowl, and he is also reunited with Raiders DC Paul Guenther, who he played for in Cincinnati. Rucker was known as a respected and popular veteran presence in the Arizona locker room and fits a position of need for the Raiders.

Rucker was a transfer to USC from Colorado State after coming from Tustin HS, the same school that produced Trojans Sam Baker and Chris Barrett. He sat out the 2002 season as a transfer but when Carson Palmer was asked after that season about who would be the players to watch in 2003, he picked Frostee because he said people didn’t know about him. He ended up being named 1st team All-Pac-10 in 2005 and was a third round pick of the Bengals in the 2006 draft. And he was also the last player with a realistic shot at tackling Young on fateful final run in the Rose Bowl, but unfortunately had gone too far inside to maintain contain against someone as fast as Young.

Good luck in Oakland Frostee, there’s something to be said for being the last man standing in the professional ranks from one of the greatest dynasties in college football history.