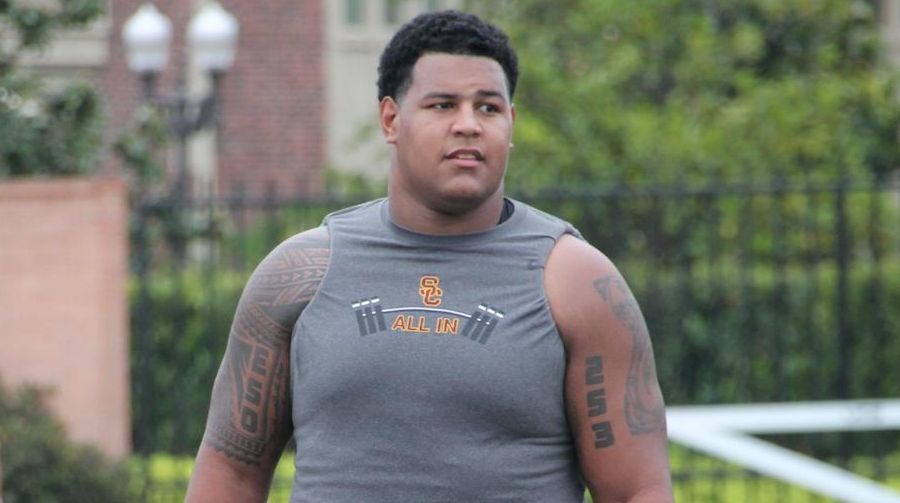 The WeAreSC staffers give their opinions on a variety of topics relating to the opening of USC fall camp on Thursday:

* What is the thing you want to see accomplished most in fall camp?

Garry Paskwietz: I want to see Clay Helton following through on his mantra of wanting to establish an increased physical identity in the trenches, including being able to run the ball when needed. I think this foundation would resonate throughout the program in so many ways.

Johnny Curren: I think it’s important for the team to develop a physical, aggressive identity that they can carry on throughout the season. A trademark of all of the great USC teams of the past was just how dominant they were in this regard, particularly up front on both sides of the line. With improved depth, there’s definite hope for this to happen because the coaching staff can finally hold practices that feature plenty of physical play.

Greg Katz: I want to see continued progress with the goal of the Trojans being physical on both sides of the ball. If each unit plays with controlled physicality, they’ll think as one, and there will be the type of dominance needed to be successful in 2016. If the Trojans are to compete in early games against Alabama and Stanford, they’ll need to be physical, physical, physical.

HelixTrojan: I’d like to see a style of play established on both sides of the football. On Offense, a quick strike passing game that is set up by the running game. And an attacking Defense that seeks to keep opposing offenses in low percentage down-distance scenarios and generates turnovers.

* Key issue for the offense

JC: Will the offensive line be as good as advertised? It’s crucial that this unit lives up to expectations so that the new quarterback doesn’t have too much on his shoulders, too soon. It’s a group that likely possesses more depth than any offensive line group since the Pete Carroll era, but do they have what it takes to open up rushing lanes against Alabama, or to protect the passer against Stanford?

GK: Aside from having a new offensive coordinator in Tee Martin and how Tee will dictate the offense flow of the game, the key issue to me on offense is to make sure the offensive line provides a punishing run game with the ability to protect either Max Browne or Sam Darnold. Fair or unfair, the offensive line, experienced as it is, faces perhaps the most physical and talented defense they will face all season in Alabama. It’s the type of test that should help one way or the other the rest of the way.

HT: 1) Naming a starter at QB – after a couple of weeks of competition, a starter should be named at the halfway point of Fall Camp. 2) Placekicker Consistency – the progress of Matt Boermeester will be a key, as a couple of games each season are decided by field goals. 3) Center Play – if this Offensive Line is going to meet its potential, it will need to get consistent play from the Center position.

* Key issue for the defense

GP: The health of Cameron Smith. Not only is he the leading returning tackler on the team (the first true freshman ever to lead the Trojans in tackles) but he is also the undisputed leader of the defense, primarily important for an inexperienced front seven that could use his guiding hand.

JC: The interior defensive line. While the unit has been bolstered this summer by the addition of Stevie Tu’ikolovatu, Josh Fatu and Khaliel Rodgers – who flipped over from center – this is still an extremely unproven group that will be tested early. That being said, there does appear to be some real talent here, and there is definite hope that players like Rasheem Green, Noah Jefferson, Malik Dorton and Jacob Daniel can come through and perform at a high level.

GK: The key will be able to stop the run game and apply pressure on the opposition’s quarterback. A major early test with both Alabama and Stanford looming in September should be a sober reality, good or bad. The Trojans defensive line – long considered a legitimate question mark in 2016 – will not only need to be at its physical best but technically sound, which places major scrutiny on first-year defensive line coach Kenechi Udeze and to a lesser extent linebacker coach Johnny Nansen.

HT: 1) Establishing a Pass Rush – pressure on the opposing QB will make every other defensive unit better. 2) MLB Productivity – with Cameron Smith working his way back, the reserves must produce. 3) Safety First – the play of the Safety position must be more physical and better in coverage in 2016.

* Who will be the biggest camp surprise?

GP: Uchenna Nwosu. The expectations are high for Porter Gustin at one edge rush spot but Nwosu is flying a lot more under-the-radar, despite the fact that he’s held the starting spot since the beginning of spring ball. It’s all about getting after the quarterback in the Pendergast scheme and Nwosu will show he’s ready for that role.

JC: Ajene Harris. Having flipped from receiver to cornerback late in the spring, he remained in the secondary throughout the summer player-run practices, and I was taken aback by just how comfortable he looked out there in coverage. An excellent defensive back in high school, I think he’s really going to open some eyes in fall camp, and I won’t be surprised if he’s in the rotation at cornerback this season.

GK: When you think of surprises, you think either in terms of a player that performed well during spring ball, a true freshman, or a player that has changed position. If you go by a player that has changed position, you could make a case for former wide receiver Ajene Harris, now a corner, true freshman corner Jack Jones, and former center-turned-defense lineman Khaliel Rodgers. For my money and because the need is so great, I’ll go with Rodgers, who has the temperament to be nasty in the pit. Not only is he needed, he wants to play on the D-line.

HT: TE Daniel Imatorbhebhe – this newly strengthened position will see its productivity in the offense increase with the addition of the Georgia native.

GP: I’m going to fudge this one a little and go with two players who will work hand-in-hand to develop the physical run game that Clay Helton wants to see, Justin Davis and Zach Banner. Their leadership skills were evident this off-season and you can tell they want to return that run game identity to the USC offense.

JC: Coming off a fantastic sophomore campaign, JuJu Smith-Schuster looked like a man on a mission this summer during the player-run practices, showing no sign of letting up. And while his actual numbers could go down due to the fact that the offensive gameplan figures to call for the ball to be spread around a bit more, I think he’s still primed to have another outstanding season – in likely his last in a Trojans uniform.

GK: You could put a dozen names in a hat and come up with 12 different answers. However, since I am being pinned down, I think the camp could have co-MVPs in quarterbacks Max Browne and Sam Darnold. Each demonstrated during spring ball that they could raise their game through competition, and that figures to continue to a higher level in training camp. Although I think Max will eventually be named the starter, Sam has improved his game and could easily move in at quarterback at some point. Neither player seems to be affected by the competition. Given the stakes, again it could be co-MVPs with Browne getting the nod based on having waited his turn and deserving of his shot. Seniority will eventually be the difference in the QB battle.

HT: WR JuJu Smith-Schuster – the emotional leader of the Trojans will lead by example and production during this Fall Camp.

GP: Justin Davis, JuJu Smith-Schuster, Zach Banner, Cameron Smith, Adoree’ Jackson. I realize you could easily make a case for the eventual quarterback being named a captain but I’m fine with the choices listed here.

JC: Zach Banner – Arguably the most vocal of all of the Trojan veterans, Banner, a fifth-year senior, also commands respect due to his experience. JuJu Smith-Schuster – A big-name star who has also stands out because of his work ethic. Max  Browne – Assuming he is named the starter, Browne really took on a leadership role this past summer, and he’s another natural choice. Adoree’ Jackson – One of college football’s most exciting players who also might be heading into his final season at USC. Kenny Bigelow – Called ‘Coach Bigelow’ by Helton, he won’t be able to play this season due to injury, but he’s been a noticeable vocal presence in summer workouts.

GK: Again, there are a number of captain candidates for different reasons. I suspect, however, when it’s all said and done, the captains named will be: WR JuJu Smith-Schuster, OT Zach Banner, CB Adoree’ Jackson, QB Max Browne, and TB Justin Davis. As you can plainly see, the captains are top heavy from the offensive side of the ball, but the offense is where there is the more certainty and upper class leadership.