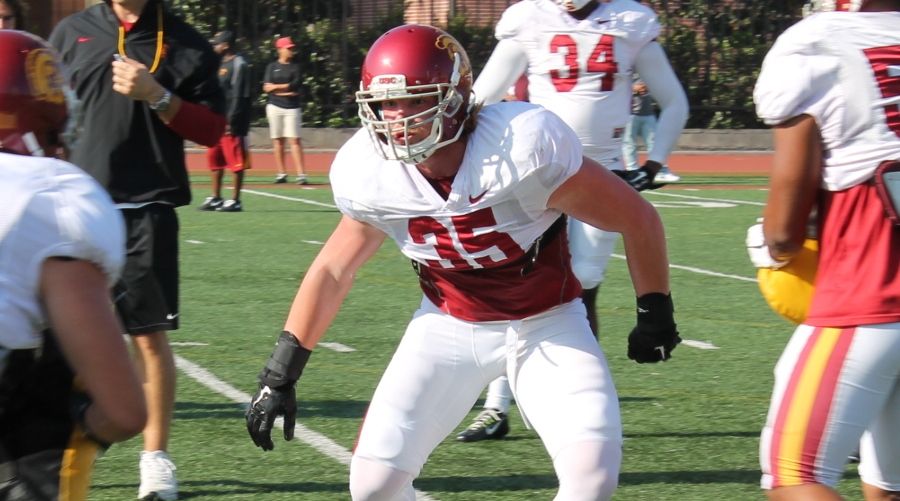 When Steve Sarkisian gave early enrollee freshman Cameron Smith the jersey number 35, the inside linebacker from Granite Bay, California had no idea there was a tradition at USC associated with the number.

Most observers of Trojan football can tell you all about the legacy associated with the number 55 – a tradition of linebacker play that includes Junior Seau, Willie McGinest and Chris Claiborne – but the significance of No. 35 at the position is not as well known.