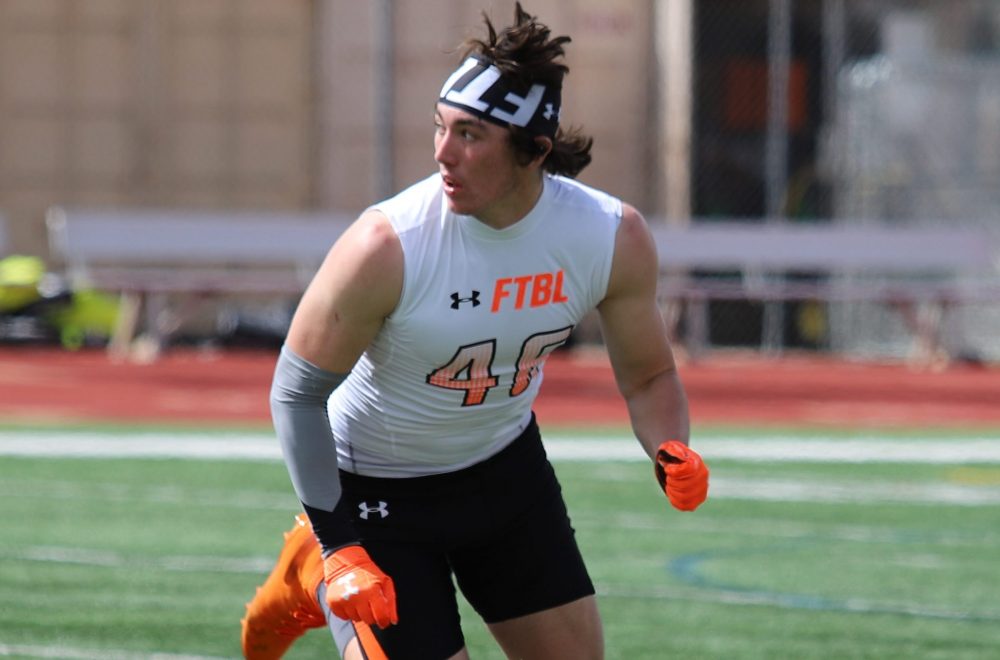 It appears the Trojans have lost their second tight end from the 2020 roster this week, as reports surfaced Thursday that incoming freshman tight end Jack Yary won’t be reporting to USC this fall.

Sports Illustrated reported that Yary and USC had parted ways, and the tight end seemed to confirm that later on in the day, when he posted a photo of himself in full Washington uniform with the caption, “The Future” to his Instagram page.

Yary joins sixth-year senior Daniel Imatorbhebhe as tight ends USC was scheduled to have this fall who will likely be suiting up elsewhere. Imatorbhebhe entered the transfer portal earlier this week and will seek a new program to play at this fall.

Yary yo-yoed in and out of USC’s 2020 class during the recruiting process. He initially committed to the Trojans in May of 2019, but then backed away from that commitment in November. He took official visits to Arizona State, UCLA, USC and Washington, then ultimately recommitted to USC a few days before February’s signing day.

He was the only prospect added to USC’s class during the late signing period.

Even with the defections, the Trojans are in good shape at the tight end position. Seniors Josh Falo and Erik Krommenhoek return, and USC will get a boost with the return to full health of Jude Wolfe and Ethan Rae, who missed all or parts of last season due to injury.

Yary is a talented pass catcher and a very good blocker at the position. It’s understandable that any tight end would have questions about this Graham Harrell offense at USC, as Trojan tight ends combined to catch just 15 passes last season. Tight ends coach John David Baker has said it’s up to the tight ends to perform well enough that the coaches simply have to play them. A majority of the time in 2019, big receiver Drake London was utilized as a fourth receiver in place of a tight end and he responded with a big season.

It’s clear from the offers being handed out to tight ends in the 2021 recruiting class that the USC coaches value pass catching at the position, as many of the targets spend plenty of time lined up out wide or in the slot. USC does have a commitment from three-star prospect Lake McRee (Austin, Tex./Lake Travis), who missed his junior season due to injury but caught 17 passes for 274 yards and two touchdowns as a sophomore.

While USC should be just fine at the position, the bigger blow comes as the Trojans lose out on an important legacy, as Yary is a huge name when it comes to Trojan football. Jack’s father Ron Yary is one of the greatest offensive linemen in USC history. He was a two-time All-American and an Outland Trophy winner. He was the first overall pick of the 1968 NFL Draft–the first ever lineman selected first overall–and is in both the College Football and NFL Halls of Fame.