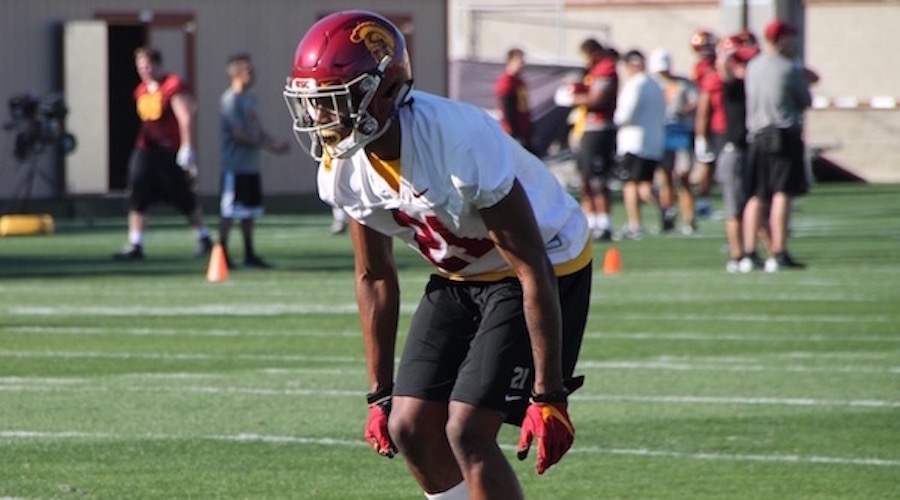 As the Trojans come back from spring break and get ready to resume spring ball practices there will be four straight weeks of work before the spring game. Here’s an update on the players who redshirted last year, and how things are setting up for them after the first week.

Matt came out looking good with some added size and the confidence of someone who has been through spring ball before. Of course, the battle for the back-up spot to Sam Darnold is just getting started but Matt definitely looks like he is ready.

Vavae is the biggest of the RB’s yet he still has nice speed and can catch. It will be very interesting to see if Vavae can push Aca’Cedric Ware for the #2 RB spot but there’s no question he’s a guy you want to get on the field.

Tyler has been getting his share of first team reps and has performed well. I think he was an ideal redshirt, he got a chance to bulk up a little and he’s ready to take advantage of the genuine opportunity for playing time.

One of the reasons Vaughns has gotten more reps is that Josh Imatorbhebhe has been sidelined with an illness, but he is expected to return according to Clay Helton.

I don’t think there’s any question that the speed of Jones was one of the revelations from the first week of practices. He got plenty of opportunities to get the ball in different ways and he opened some eyes with the way he moved.

Sidney will miss all of spring while recovering from hip surgery, which is one of the reasons Velus Jones has gotten more work.

Angeline is taking reps as the third unit tight end. He’s looked like you would expect him to look, an athletic big man who appears ready to make a move this spring.

Got most of his work as a reserve guard but also took reps at center in the opening week. Helton said it was something they wanted to take a look at, to know if that was an option worth pursuing.

Smith will miss spring while recovering from knee surgery.

The first thing you notice about Liam is that he has really bulked up. He’s working in the rotation behind Rasheem Green.

Cook (photo above) set the tone on the first day in pads with a solid hit on Velus Jones coming across the middle, and it was exactly the type of play USC fans are hoping to see from Cook as the next big enforcer safety for the Trojans. He’s running with the 2’s so far at safety.

C.J. is in the safety reserve rotation and it’s a deep group. I think if he’s going to make a move this spring it will be because of his cover skills.

Michael has taken the placekicks so far with the absence of Matt Boermeester. There was also the news last week that the Trojans will bring in another kicker in the fall.