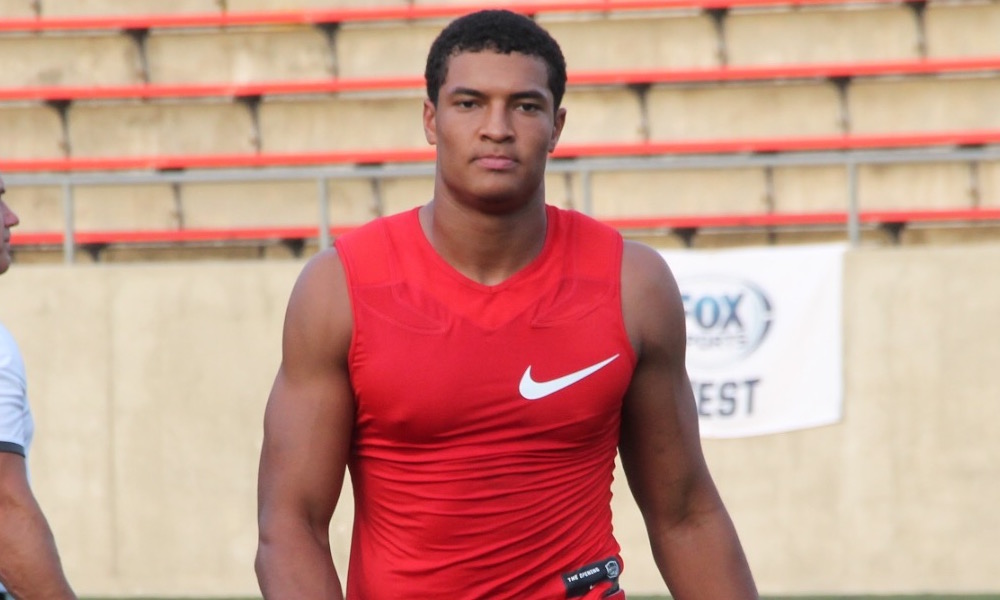 When the season began, the matchup between USC and Texas was being looked at as
one of the best early season games and one that could have been a great way to bounce back from a Stanford loss where USC could only put up three points. Well, USC not only lost against Texas but they did it in front of a good number of big time recruits, including one of their prized recruits in Bru McCoy, a wide receiver from Mater Dei.

“I have never been to a game outside of California before and to see 103,000 screaming fans was incredible and definitely something different for me.” Even though Texas made an impression on McCoy, he has not changed his stance on his opinion of USC, “With USC, my opinion on them doesn’t change because they lost, just like it wouldn’t have if Texas had lost. USC is young and I still see them as an up and coming team. I still like the offense and how they throw so I still like them as much as ever.”

With the embarrassing loss in Texas, you would have figured that it was all bad news
this past weekend for the Trojans. However, that is not the case.

On Monday, the Trojans received a verbal commitment from San Diego Madison running back Kenan Christon. Christon was a huge pickup for the Trojans as they added a second back to their class and one of the fastest players in the entire region. Christon chose the Trojans over the likes of Alabama, Notre Dame and UCLA. Even though USC has always been his dream school, Christon credits the coaching staff for locking up his commitment, “They were one of my first offers and I have a great relationship with the coaching staff. That was really the difference maker for me, how close I was with the staff.” Now that he finally got that dreaded monkey off his back, now is the timefor him to really focus on his current season, “I decided on USC a few weeks ago after prayingon my decision and talking to my family. I feel great right now, it’s definitely a stress relief and a big weight of my shoulders. Now I can just focus on the rest of my season.”

With Helton locking up another commitment, let us see if he can translate that great win on the recruiting trail to a great win in his upcoming game against the Washington State Cougars on Friday night.

Let us look and see how some of the current USC commits are doing with their senior
seasons now underway.

Kedon Slovis, a Quarterback from Desert Mountain in Scottsdale, AZ had a game against Notre Dame Prep last Friday. While they were not able to come out with the win, Slovis did his best in keeping his Wolves in the game, throwing for over 200 yards and three touchdowns.

Jordan Wilmore, our other running back commit in the 2019 class, had a game last Friday against Crenshaw. Man did Wilmore and his team come ready to play as not only did they beat Crenshaw 49-7, but Wilmore ended the night with 194 yards and three touchdowns. New commit Kenan Christon and his Madison Warhawks have gotten off to a great start this year starting 4-0 and Christon is a big part of that, running for 470 yards and six touchdowns through their first four games.