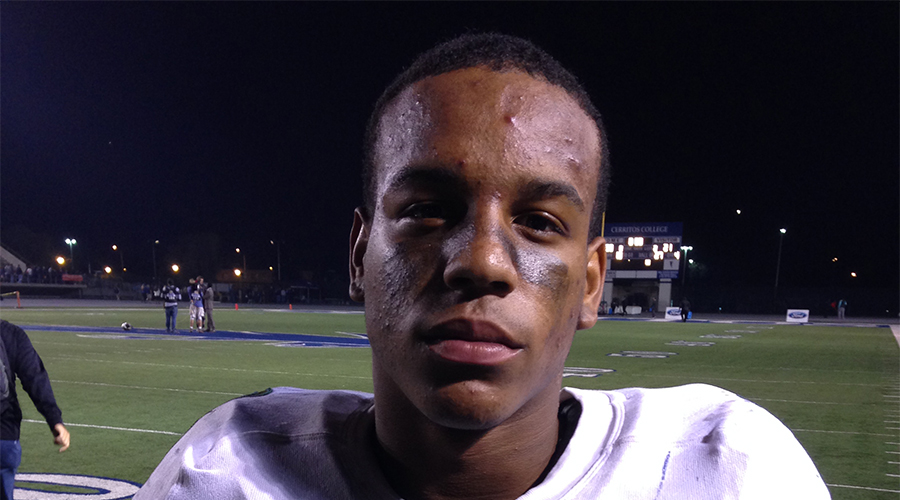 ESPN 300 cornerback Iman Marshall saw his high school career at Long Beach (Calif.) Poly come to an end this past Friday night as the Jackrabbits fell by a final score of 33-21 to Bellflower (Calif.) St. John Bosco in the CIF-SS Pac-5 semifinals.

Marshall, who has played virtually every position in the secondary for the Jackrabbits this season, lined up at what looked to be more of a rover spot against the Braves. And despite another strong individual outing, in the end, St. John Bosco — led by UCLA-bound quarterback Josh Rosen — was just too much.

“It’s been a great opportunity to play for Coach [Antonio] Pierce, and playing with all of these players,” said Marshall following the game. “We gave it our all, we fought hard, we had some little mishaps that they took advantage of, and I hope the team goes the distance next year. Now it’s on to the next part of my life.