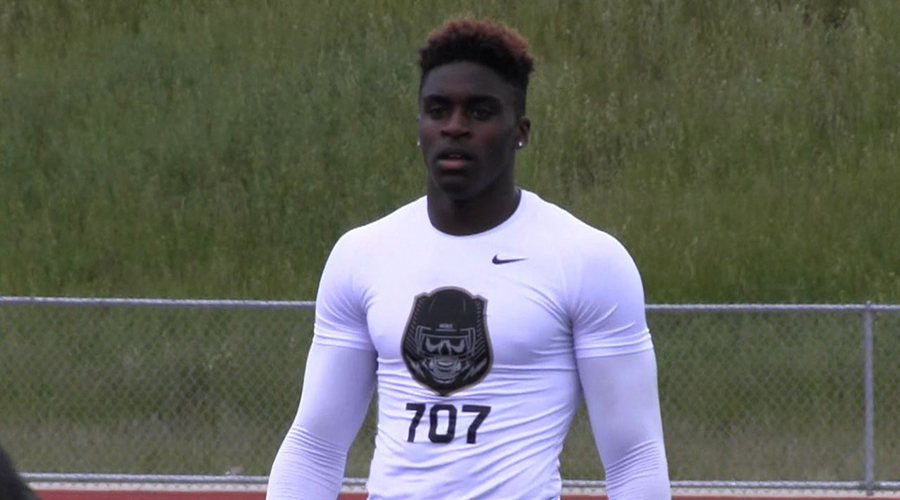 Here are some of the top performers at the Northern California regional camp for The Opening which was held on Sunday. There are many times when these camps are dominated by skill players but today it was OL an DL that led the way, even though there was a very good QB group.

QB Jack Sears: Sears came away with the QB MVP award and an invite to The Elite 11, and it was a good day no matter how you look at it, especially when you consider that he was up against a talented collection of passers that included Tua Tagovailoa and Ryan Kelley. Jack was really on point with his accuracy and smooth throwing motion.

RB Najee Harris: No surprise here. The physical specimen that Is Najee was his usual dominant self, and I was probably most impressed with him today as a pass-catcher because he made everything look so easy.

TE Group: As good of a TE group as I can remember at any recent camp. The first guy that has to be mentioned is Colby Parkinson, the Stanford commit who has an SC offer and really stood out despite some other good ones at his position. The next guy on my list would have been Josh Falo, who is long and lean with very good pass catching ability. Jimmy Jaggers also looked good as a big guy who could be a powerful run blocking option. Erik Krommenhoek and class of 2019 Isaiah Foskey also performed well.

OL: There were three players with USC offers and a fourth who basically missed the last two seasons who definitely stood out. Aaron Banks and Popo Aumavae both took part in the camp at tackle but are likely guards in the future. Banks, in particular, showed some good punch. Andrew Vorhees needs to add some bulk but has good fundamentals as a tackle prospect. Jalen Mckenzie sat out one season due to a transfer and got hurt early last season, but if he can show that he’s healthy he will get a ton of offers. Very impressive frame.

DL: Greg Rogers and Jay Tufele were two of the players I was looking forward to seeing the most, and they did not disappoint. Both are active interior guys with size, they move well and they are aggressive. They would make terrific additions to the USC D–line. I also liked a couple players headed to other conference schools in Hunter Echols and Marlon Tuipulotu.

DB: Jaylon Johnson came away as the back-to-back MVP of this group with his size and athleticism, which included a 4.55 40 time and top overall rating. Salvon Ahmed worked as a corner despite a lot of interest at RB.