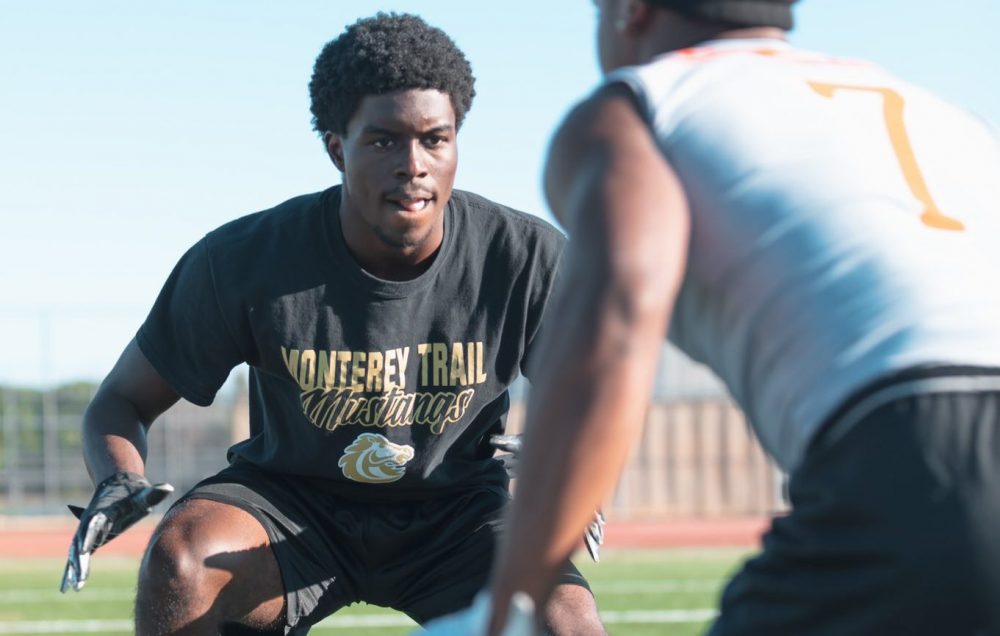 Brown is a major recruiting win for USC in this class, as he’s the No. 206 overall prospect and No. 15 overall cornerback.

The 5-foot-11, 180-pound Brown possesses true speed–he ran under 11 seconds in the 100 as a sophomore–and is one of the fastest players, regardless of position, in the state. Brown could excel as a running back in college, but he’ll likely head to USC as a cornerback, where he shows terrific potential.

His initial burst and change of direction ability make him great in coverage and he brings an offensive mindset to the defensive side, where he consistently looks to make plays on the ball.

His production in all three phases could continue at the next level, as Brown could easily find himself in the mix as a returner and with a few offensive plays designed for him as a running back or in the slot.

This is a big recruiting win for USC, as Brown was a top target for plenty of programs and had a final six that consisted of Michigan, Nebraska, Notre Dame, Oklahoma, Oregon and USC. Brown is also another top-25 California prospect (he’s No. 21 according to the composite rankings and No. 11 according to 247 Sports) in USC’s 2021 class, which means USC now holds commitments from nine of the top 30 players in the state one year after the Trojans signed just two of the top 30 California prospects in the 2020 class.

Brown is commitment No. 18 for USC’s 2021 recruiting class, which ranks among the top 10 classes in the country.

He’s the fifth defensive back to commit to the Trojans in this class and the second-consecutive cornerback, following the commitment of four-star corner Jaylin Smith (Mission Hills, Calif./Alemany) in late June.

That defensive back quintet is joined on that side of the ball by a pair of four-star linebackers in Ma’a Gaoteote (Bellflower, Calif./St. John Bosco) and Julien Simon (Tacoma, Wash./Lincoln) and defensive linemen Jay Toia (Simi Valley, Calif./Grace Brethren) and Colin Mobley (Hyattsville, Md./DeMatha Catholic).

The Trojans will likely look to add at least one more cornerback in this class, with local standout Ceyair Wright (Los Angeles/Loyola) one of the top targets. USC is also pursuing Nathaniel Wiggins (Atlanta/Westlake), who is set to announce his decision in late August, but LSU has likely taken the lead in that race.

USC did not sign a single defensive back in the 2020 class, though the Trojans brought in a big group in 2019, including cornerbacks Chris Steele, Max Williams, Dorian Hewett, Adonis Otey and Jayden Williams, and safeties Briton Allen and Kaulana Makaula.