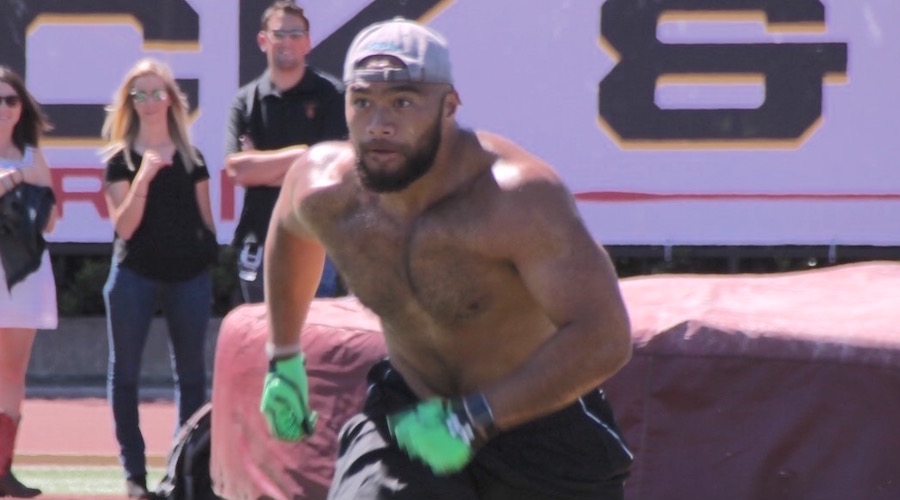 The Trojans held their annual Pro Day today on campus and with no projected first round picks among this class there was a noticeable difference from the buzz that has been present in other years.

Su’a Cravens came in as one of the top attractions since he is expected to be the first USC player off the board, most likely in the second round. Su’a didn’t run the 40 at the NFL combine in the hopes of running a fast 40 today but that didn’t materialize, he ran a 4.65 which isn’t likely to hurt him but it’s not going to help him either. He worked out at both safety and linebacker, that time is good for a LB but not so much for a safety. The scouts in attendance talked about Su’a as a tweener, and that is consistent with how he has been viewed all along, much like a Shaq Thompson who is off to a nice start in his career.

The player who probably helped himself the most was Soma Vainuku, who weighed in at 242, ran a 4.59 40 and worked out at both running back and linebacker. It was a very solid performance and one that leaves you wishing he had been utilized more in his Trojan career.

Another who really helped himself was Tre Madden, who ran a 4.56 in the 40 and had a 10’ broad jump. It’s not really a surprise to see those kind of numbers from Tre when he is healthy, and that will be the key for him as he moves to the next level.

Kevon Seymour did not run, choosing to stand pat with his time at the combine, but he looked fluid enough in drills to think that he will be a mid-to-late round pick.

Cody Kessler didn’t run but he did all the throwing drills and looked solid. Most projections still have Cody as a mid-round pick, probably 4th-5th round.

Max Tuerk did not run or do any drills as he continues to rehab from his knee injury.

Antwaun Woods pulled up with what appeared to be a slight hammy in the 40 but, to his credit, he did stay in there and took part the rest of the way. It wasn’t a great day for the multiple Trojan defensive linemen as none of them really stood out.