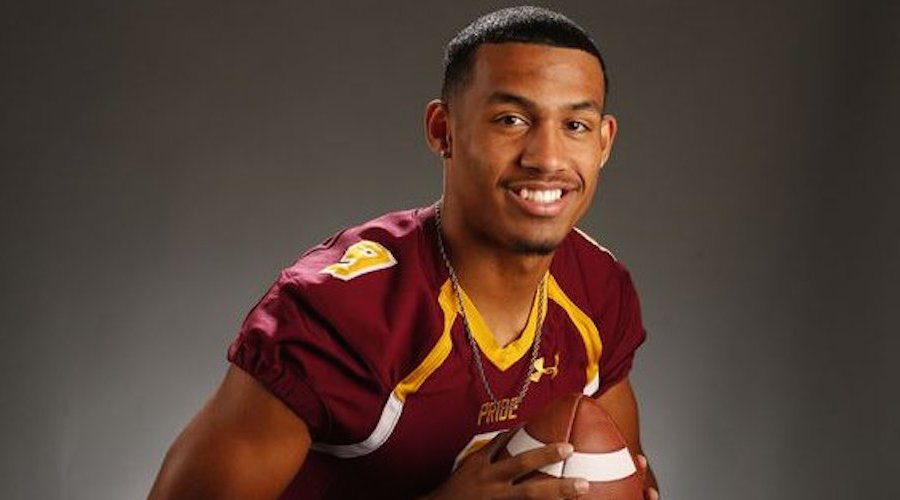 USC added another verbal commitment to the class of 2017 this morning when safety Isaiah Pola-Mao announced that he would be a Trojan.

Pola-Mao (6-4, 190) is the nephew of former Trojan safety Troy Polamalu, and he chose USC over ASU and Washington. He’s a member of the ESPN300 and was a consensus four-star recruit.

Isaiah is known as a physical player who will make the big hit, and he will join with Jamel Cook (6-3) and Bubba Bolden (6-4) to form an enforcer group at safety. Last year Isaiah had 100 tackles (31 solo) and 10 interceptions for a 13-1 Mountain Pointe team that suffered its only loss in the state finals.

USC now has 18 commits for the class of 2017 and is thought to have 5 open spots remaining.