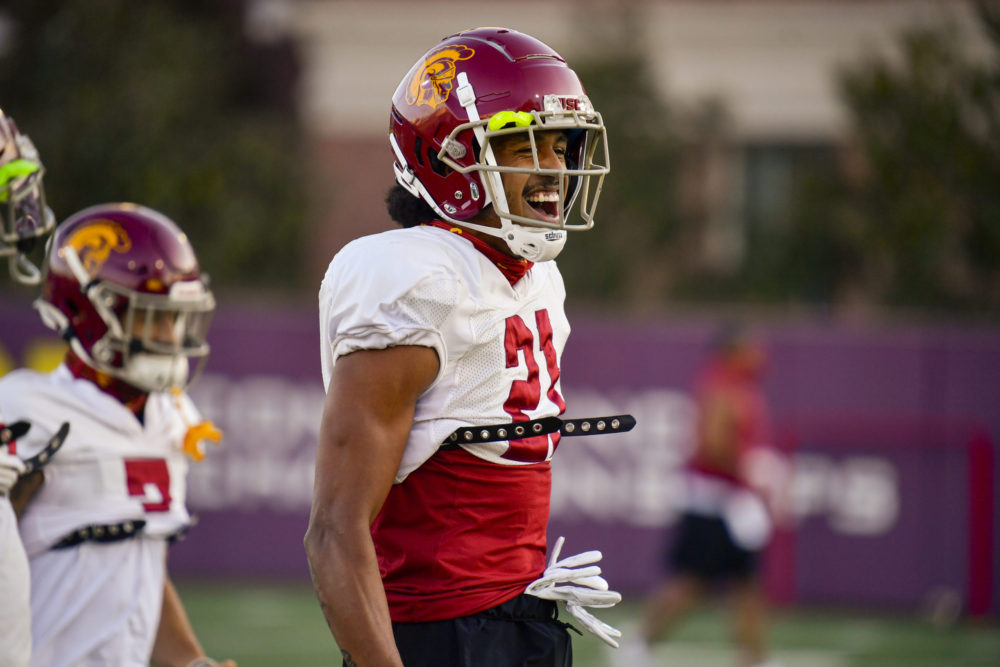 The Trojans were hit hard by early departures for the NFL Draft this offseason, as six juniors left school with eligibility remaining. It was thought that starting safety Isaiah Pola-Mao could give some thought to declaring for the draft, but he officially announced on Friday that he’ll be back with the Trojans for the 2021 season.

It was a bit of a formality, as the deadline for underclassmen to declare for the draft was this past Monday, but it’s still welcome news for USC, and the USC defense especially.

The Trojans will be without defensive tackles Jay Tufele and Marlon Tuipulotu, cornerback Olaijah Griffin and safety Talanoa Hufanga next season, as all four declared for the upcoming draft. Losing Hufanga, Griffin and Pola-Mao all at the same time would have been a big blow to the defensive backfield.

Pola-Mao finished third on the team with 40 tackles and led the team with five pass breakups and three fumble recoveries in 2020. He’s also seen as a team leader and potential captain.

The Trojans run what head coach Clay Helton refers to as a three-spoke safety look, with the nickelbacks working with the safeties rather than the cornerbacks. With Greg Johnson and Max Williams returning, USC is in good shape at that nickel spot. But there are few established options at the traditional safety spots beyond Pola-Mao. Chase Williams will return and could probably play all three safety spots. Micah Croom showed flashes on special teams last season and could be play his way into the mix on defense. Briton Allen and Kaulana Makaula are both heading into their third years and this could be a make-or-break season for both in terms of pushing upwards on that depth chart.

USC is adding at least four talented players to the safety position as Texas transfer Xavion Alford joins the team. He might be able to play all three safety positions. The Trojans will also bring in three early enrollee safeties from the 2021 recruiting class, including Anthony Beavers, Calen Bullock and Xamarion Gordon, and cornerback Jaylin Smith could have the ability to join Williams and Johnson as a nickel.