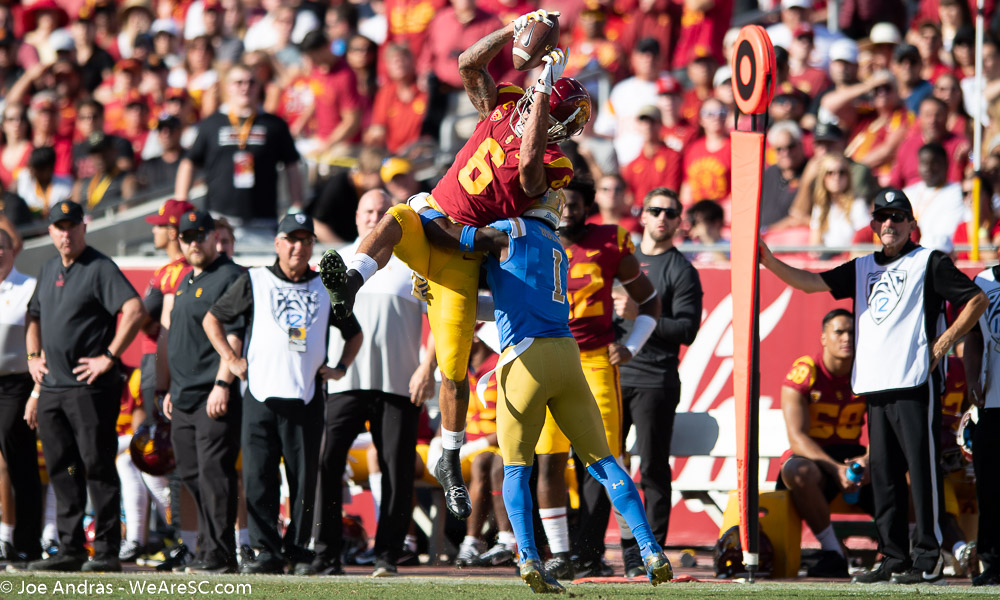 While neither blew the field away with their performances on Thursday, both will likely be pleased with their showings and they did everything they needed to do on Thursday.

The biggest question regarding Pittman would be his time in the 40-yard dash. Pittman turned in an official time of 4.52, which is .02 seconds faster than the time turned in by Juju Smith-Schuster and just .01 second slower than Robert Woods–two former Trojan receivers doing just fine for themselves in the NFL right now. Pittman checked in at 6-foot-4 and 223 pounds.

Pittman added 13 reps on the bench press, 36.5 inch vertical jump, 121 inch broad jump, 6.96-second 3-cone drill, 4.14-second 20-yard shuttle and was his usual reliable self catching passes. Pittman’s 3-cone mark was fourth-best of the wide receivers who participated in it and his 20-yard shuttle was No. 2.

Jackson put up 27 reps on the bench press, tied for No. 8 among offensive linemen. He measured in at 6-foot-5 and 322 pounds.