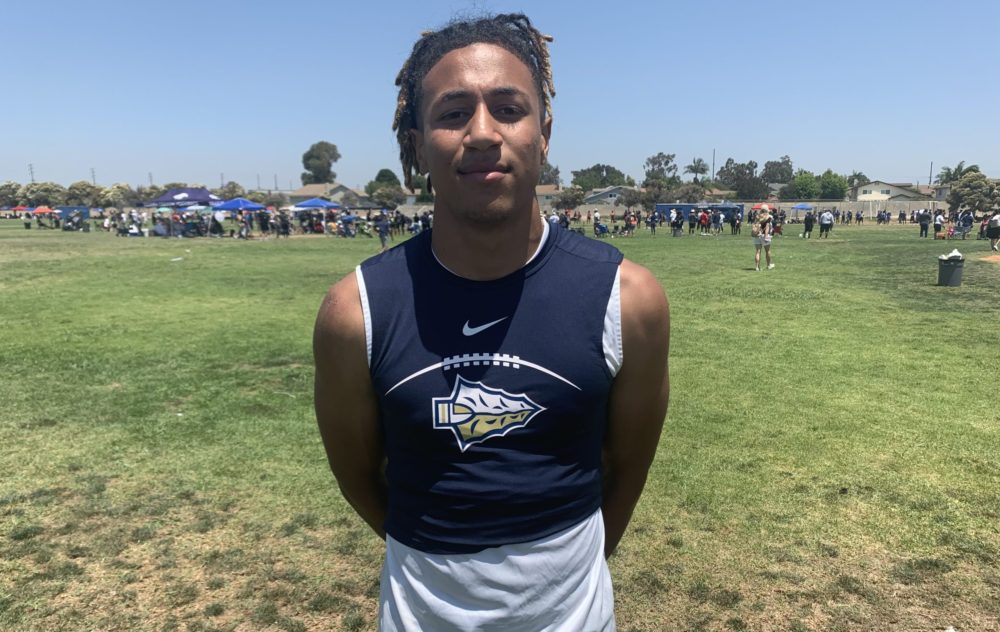 Peyton Woodyard (Bellflower, Calif./St. John Bosco) still has several years to go before he needs to make a decision as to where he’ll play his college football. But the 2024 safety is going to enjoy his recruitment along the way. That process advanced significantly this past June, when the 6-foot-2, 190-pound safety was able to take several trips and see some of the top college football programs in the country. By the end of the month, Woodyard had been to Alabama, Clemson, Notre Dame, Ohio State and USC, picking up offers from the Crimson Tide, Fighting Irish and Buckeyes along the way following standout camp performances.

Woodyard will be one of the top national prospects in the 2024 recruiting class and the Trojans are making him a very early priority. The standout safety said he’d been to USC before, but the visit in June was the first opportunity he had to really speak with the coaches in depth.

Woodyard said the visit to Notre Dame, which is one of his favorite schools, had a big impact. He loved the campus and again had an opportunity to meet with a coaching staff he very much respects.

Ultimately, he’s already staring at offers from some of the top programs in the country.

“They’re all really great programs,” Woodyard said of his visits. “You can’t go wrong with one of those programs.”

Woodyard said right now he’s enjoying this stage of the recruiting process, when he can continue getting to know the coaches and talk about things other than football.

“We talk about our favorite food and what we’re eating right now, how our families are doing,” Woodyward said. “It’s great because I met them early and we stay in contact and I get to talk to them. It’s a great process.”

When it comes time to make a decision, Woodyard said he’s going to look at the atmosphere — how family-oriented the program and school feels — as well as how much the program will push him as a player. But for now, Woodyard is fully concentrating on a sophomore season that he thinks could be a big one.

He recorded six tackles and a pass deflection in four games on defense last season, and had a big 75-yard punt return touchdown.

“You guys got a little glimpse last season, but this year I’m going to be full throttle,” Woodyard said with a smile. “I just want to focus on football and really ball out this season, show them what I’m really capable of.”

Woodyard is going to be part of an absolutely loaded defensive backfield at St. John Bosco this fall. Cornerback Tayvion Beasley and safeties Sione Hala and Jaxon Harley are all 2022 prospects with offers (Hala is committed to Boston College), safety Ty Lee and CB/WR athlete Jahlil McClain are 2023 prospects with offers from USC. And Woodyard is joined by fellow 2024 standout, cornerback Marcelles Williams, as sophomores-to-be with offers from the Trojans. And now in the mix as transfers from Mission Hills (Calif.) Alemany are four-star 2023 prospects, cornerback Jshawn Frausto-Ramos and safety R.J. Jones, who also hold offers from USC and plenty of other national programs.

“It makes everyone compete more,” Woodyard said of the talented group of secondary players. “It’s really great because everyone is pushing each other. Everyone wants that starting spot. But we’re all going to play and at the end of the day, we all just want to win.”