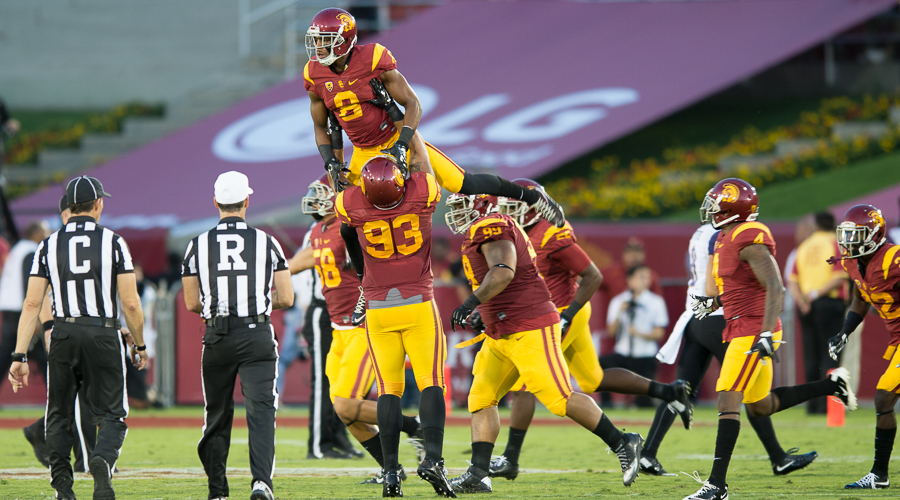 I’m growing very weary of watching other teams celebrate with their fans in the corner of the Coliseum after coming in as double-digit underdogs and leaving with a big upset win.

Washington came in with the best defensive numbers in the conference, so in retrospect, I guess we ought not be totally flummoxed by what happened.

But I sort of am anyway.

I loved the way we ran the ball strongly and VERY successfully on two drives. One for a TD and one that got stopped because of a penalty and a sack and we had to settle for three.

The crowd going wild after the score, the defense forces a three and out, and so surely we will just run it down their throats again, right?

After losing to Stanford, I struggled for days trying to find a path to 6 wins and a minor bowl berth. After beating ASU I could draw you a straight line to the final 4.

We simply don’t appear to have an identity. Are we balanced? A passing team? A running team? The defense played reasonably well, although at times the center of the D-Line looked soft—soft enough for a freshman running back to go for over 100.

When the crowd finally got into the game in the 4th quarter, I thought for SURE that SC would come back to win. We were standing in the booth just like you in the stands. We were nearly cheering along side of you. After the three-and-out that followed. We sat back down. We are with you, guys, we are right there with you.

But for a few minutes, that was as good a home field advantage as we’ve had in a while.

You know darn well the coaching staff, rightfully or not, is feeling the heat. They probably should always feel pressure to perform well and to win. Generally, neither one happened yesterday. The sky isn’t falling, by the way. But there are storm clouds.

You think after being blown up at the Coliseum last year, ND is licking its chops?

Utah? Even, with all of their problems, the guys across town?

But don’t bet the rent against SC next week